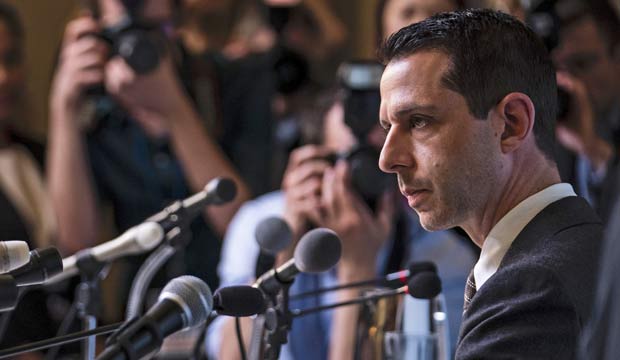 If Gold Derby’s predictions are correct that “Succession” is about to walk off with the Golden Globe for Best Drama Series, that would make it the fourth such champion to hail from HBO. The paycaster’s other three victories came for “The Sopranos” (1999), “Six Feet Under” (2001) and “Boardwalk Empire” (2010). That’s right, not even Emmy magnet “Game of Thrones” was good enough by the Golden Globes’ standards to make this esteemed list. “Succession” is joined in the drama series lineup by another HBO program, “Big Little Lies,” but our awards pundits don’t expect it to prevail. See Golden Globes racetrack odds.

“Succession” was nominated for a trio of Golden Globes this year: Best Drama Series, Best Drama Actor for Brian Cox and Best Supporting Actor for Kieran Culkin. According to the predictions of Gold Derby’s staff editors who cover awards year round, “Succession” has the edge to win the series race as these six staffers have it in their #1 positions: Joyce Eng, Marcus James Dixon, Rob Licuria, Daniel Montgomery, Tom O’Neil and Paul Sheehan.

Sure, the buzzy series was skunked last year for its first season, but voters were clearly watching as Culkin still received a surprise nomination. For its heralded second season Cox was also recognized, but his co-star Jeremy Strong was shockingly snubbed. Our racetrack odds now favor Cox to win the lead actor race, while Culkin is predicted to lose to Andrew Scott (“Fleabag”).

Rounding out our editors’ picks for Best Drama Series, Chris Beachum, Zach Laws and Susan Wloszczyna think Netflix will triumph for “The Crown.” Don’t forget, the Golden Globes awarded the first season of the royal drama three years ago, but the main cast has since been overhauled to reflect the aging of the characters. All three received acting bids this year: Olivia Colman (replacing Claire Foy) as Queen Elizabeth II, Tobias Menzies (stepping in for Matt Smith) as Prince Philip, and Helena Bonham Carter (taking over for Vanessa Kirby) as Princess Margaret.

Finally, Riley Chow and Matt Noble believe “The Morning Show” will make history for Apple TV+ on its first at-bat. Golden Globe voters are notorious for being the first to reward new shows and stars, and nothing is newer than the recent debut of the media company’s streaming service. Jennifer Aniston and Reese Witherspoon earned lead actress nominations for the drama series about a popular AM news program that’s shaken up in the wake of a sexual harassment scandal.