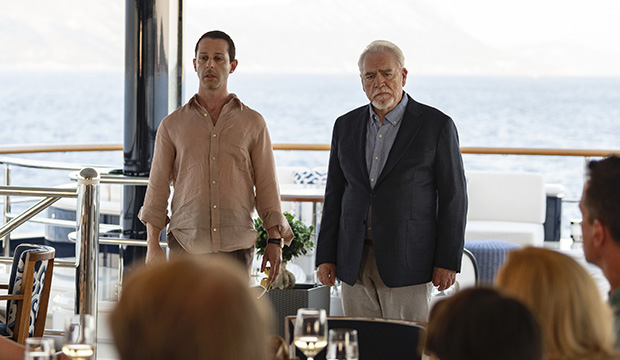 At the upcoming Emmys, will we see a cutthroat power clash occur in the Best Actor battle that we’ve often witnessed – with secret, vicarious delight, admit it – playing out on HBO’s “Succession”? Some of its best scenes involve Brian Cox as the oft-heartless tycoon Logan Roy who must frequently slap down his scheming, greedy kids – the worst of whom can be that relentlessly diabolical son Kendall played by Jeremy Strong.

According to Gold Derby’s latest racetrack odds, both Cox and Strong will be nominated for Best Drama Actor and one of them is overwhelmingly favored to win – for now – while “Succession” seems waaaay out front to bag Best Drama Series, too, by the way. Out of 18 Experts making predictions at Gold Derby, 12 foresee Cox prevailing in the acting race, including many prestigious pundits like Ken Tucker (Yahoo), Lynette Rice (Entertainment Weekly) and Joyce Eng (Gold Derby). None pick Jeremy Stong, but 16 pundits believe he’ll be nominated against Cox.

But will that be how things ultimately play out? Face it, if this whole Emmy season existed as an episode of “Succession,” Strong would be secretly hatching a category takeover and daddy take-down right about now. And Cox would be wise to the whole shabang and be plotting a counterstrike.

Last year “Succession” scored five Emmy nominations, including bids for Best Drama Series, writing, directing and casting, but none, strangely, for acting. However, the show has gained major trophy mojo over the subsequent year.

The SAG Awards were doled out five days later, but provided no kudos clarity, darn it, because voters totally snubbed “Succession.”

Who do you predict will win Best Drama Actor? Make your predictions here to compete against our 18 Experts, 11 Editors and 17,000 Users. Or download Gold Derby’s innovative new app at the Apple Store (iphones) or Google Play (androids).