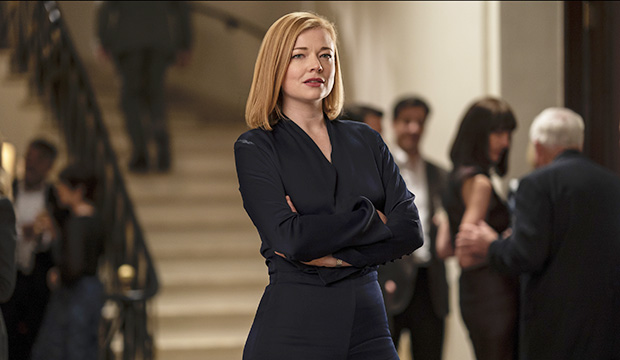 Sarah Snook‘s decision (or you know, her team’s/HBO’s) to go supporting instead of lead for “Succession” is paying dividends so far. After chilling in eighth place in our Best Drama Supporting Actress odds for a bit post-switch, she entered the top six this week in sixth place.

The Aussie submitted in lead for the inaugural season of “Succession” last year but didn’t make the cut. She was initially in lead again this go-around, peaking at No. 7 in our Best Drama Actress odds last month.

While the switch is ostensibly a downgrade, especially since Shiv came into focus more on Season 2, we recently explained why it’s a savvy and the right move for Snook, who could contend for the win in supporting if she’s able to complete the harder part of getting the nomination. Is it a coincidence that she’s broken into the top six two weeks later?

Of course, the elephant in the room is that the “Succession” cast has yet to receive acting bids from their peers in the TV academy or Screen Actors Guild. But with the hype around the second season and the show being the drama series frontrunner, that is bound to change this year; the only question is: how many will it get? With Snook’s top six status now, our odds are forecasting four in the main acting races, the others being Brian Cox and Jeremy Strong in lead actor, and Kieran Culkin in supporting.