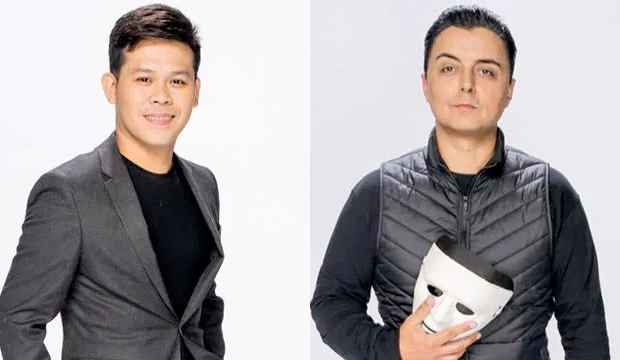 During the second episode of NBC’s ratings juggernaut “America’s Got Talent: The Champions,” host Terry Crews described the conversational superfans as “the faces of America from all 50 states of the union.” Indeed, these special voters control who stays and who goes each week, which means viewers at home have no power at all — bummer! This week the two acts that were sent through to the semifinals by the superfans were falsetto singer Marcelito Pomoy and mentalist Marc Spelmann. Did the superfans get it right? Vote in our poll below.

Marcelito Pomoy, who sings effortlessly between his lower register and his falsetto voice, was the winner of “Pilipinas Got Talent” Season 2. He used the notoriety of the show to reunite with his biological family, and now he’s happily married in the Philippines with his wife serving as his translator. For his “Champions” performance on Monday night, Marcelito took on both parts of Andrea Bocelli & Celine Dion‘s “The Prayer” and had the judges jumping out of their seats.

Howie Mandel proclaimed, “That was so unique. You are a beautiful, wonderful singer … with a young woman trapped inside of you.” Alesha Dixon raved that he gave them “something different, something unique.” Heidi Klum chimed in, “Honestly, this is one of the craziest things I have ever heard in my entire life.” Simon Cowell gave Marcelito a “10” and urged Howie to push the Golden Buzzer.

Marc Spelmann’s journey on “Britain’s Got Talent” was a unique one, as he first appeared as a semifinalist in Season 12. He then returned as masked magician X in Season 13 where he wound up as the runner-up. On the “Champions” stage his act started out simple enough as he asked the judges to pick random cards from a bulletin board. Simon, Heidi and Alesha all correctly picked their own faces, but Howie instead chose a card with Shin Lim‘s name on it, the winner of “AGT: The Champions” Season 1. At the end of the act, X removed his mask to reveal it was Shin Lim himself doing the trick!

The judges could hardly speak because their mouths were open in shock, with Heidi stammering, “I’m lost for words.” Alesha interjected, “I have words: chills.” Howie confessed he would have pressed his Golden Buzzer for Marc, had Simon not stolen it earlier in the show for dance group Boogie Storm. Simon ignored the boos from the crowd and told Marc, “This was probably your best performance we’ve seen from you so far.”