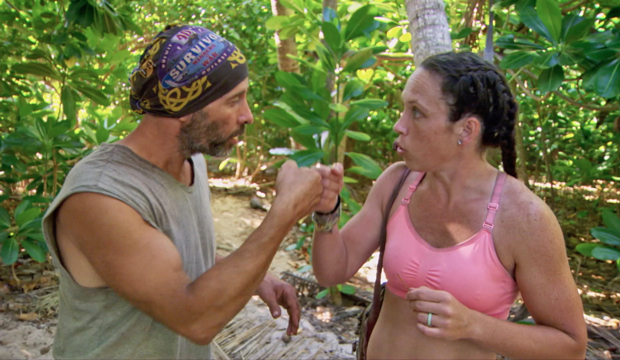 Last week on “Survivor: Winners at War,” the final 10 castaways seemingly divided into two groups of five, with Tony Vlachos, Sarah Lacina, Sophie Clarke, Ben Driebergen and Nick Wilson on one side and Jeremy Collins, Kim Spradlin-Wolfe, Michele Fitzgerald, Denise Stapley and Tyson Apostol on the other. Jeremy peaced out at tribal council thanks to his “safety without power” advantage, leaving his group at a numbers disadvantage they simply couldn’t overcome. In the end, Tyson was sent to the Edge of Extinction (again). Did Jeremy and Kim’s group rebound this week, or did Tony and Sarah’s group continue their dominance?

Below, read our minute-by-minute “Survivor: Winners at War” recap of Season 40, Episode 11, titled “This is Extortion,” to find out what happened Wednesday, April 22 at 8:00 p.m. ET/PT. Then be sure to sound off in the comments section about your favorite castaways on CBS’s reality TV show, who currently holds immunity idols and fire tokens, and who you think will ultimately join the “Survivor” winners list.

7:59 p.m. – “Previously on ‘Survivor’!” In last week’s 10th episode, there were a whopping three advantages played at tribal council: Jeremy’s “safety without power,” Sarah’s “steal-a-vote” and Kim’s immunity idol (played for Denise). It all resulted in Tyson’s elimination, but at least he got to see his family first in the most emotional loved ones visit of all time. So who will have their torch snuffed by host Jeff Probst tonight? Let’s go!

8:00 p.m. – Alone back at camp, Jeremy was unsettled to see that his ally Tyson was the one that was voted out of the tribal council he left. His bigger issue though was that no one wanted to talk to him about what he missed. For Ben, his alliance was still stuck on getting Jeremy out of the game like they had planned for the night before. Jeremy tried to talk Ben out of seeing him as a target, but that didn’t go over well.

8:03 p.m. – The next morning Tony was finally ready to return to his antics of searching for idols. While everyone was still asleep he decided to look for the idol that he assumed would be put back into the game now that one was used. Nick had a similar idea and was keen to join him on the search, but luckily Tony was able to get Nick to go searching in an area he already looked in so that he freed himself up to find the idol elsewhere… and he did!

8:07 p.m. – Later in the morning, Sarah was more concerned with upping her social game by hosting a fashion show to display her newly designed island clothes. Kim and Michele were up to partake as models, but the guys were more concerned with idol searching. Brilliantly, Tony joined them in order to go undercover with Denise, Kim, Jeremy and Michele as well as convincing everyone that he, too, still thought there was an idol to find. While Jeremy and Michele fell for Tony’s undercover role, Kim and Denise were not convinced and believed he was becoming their biggest enemy in the game.

8:14 p.m. – At Edge of Extinction, Tyson was wondering how well Adam Klein would be able to handle living in exile with the prospect of losing the game. While that was happening, Natalie Anderson and Parvati Shallow found a clue that sent them on their own search of the island. Eventually they realized that the clue was actually directing them toward the bed in their shelter which required them to wait until everyone left at night to watch the sunset. Sure enough, under the bed was an “Extortion Advantage” that they could sell to a player in the game to prevent someone from competing in the immunity challenge and from voting at tribal council. With disruption and the acquisition of tokens on their agenda, the women set their sights on Tony as the best option to sell to!

8:21 p.m. – What a great day for Tony! He was super excited to receive the offer from Natalie and Parvati, but at the end of the note he realized that it was being played against him! The girls were requiring him to pay them 6 fire tokens by the time of the immunity challenge or he’d have to sit out of the challenge and not be able to vote. Yikes, he only has three!

8:25 p.m. – Tony decided to ask his “fake alliance” for help or he wouldn’t be able to vote with them. That put Michele in an awkward position because she already used hers on an advantage, but in order to hide the truth of her advantage she told him the plausible story that she already bought an advantage that she can’t use until she gets to Edge. Somehow, Jeremy was dumb enough to hand over one of his own fire tokens to Tony, getting him to four. He had to go to his real alliance now for more, where he was able to get one from Nick and one from Ben! Howwwwwww?!?! That was so easy! Only Tony.

8:27 p.m. – For the immunity challenge the players had to balance on a beam while also balancing a pole that holds up a totem. Last player standing would be safe at tribal council and earn two fire tokens to add to their stash.

8:29 p.m. – Kim was the first one to drop her totem and the only one to do so in the first stage of the competition. While transitioning to the second stage Denise, Michele and Sarah all dropped, leaving only five competing: Tony, Nick, Ben, Sophie and Jeremy. Of that group, Tony was wobbling the most, but Nick and Sophie both dropped before him. Just after 30 minutes into the challenge, Ben dropped and then Jeremy dropped right after, giving Tony his second straight immunity win and two fire tokens! Will he pay people back?

8:38 p.m. – Despite not wanting Tony to be safe, Kim was pleased to see that the target on Tony’s back was growing now that he’s become a challenge threat. Kim was also willing to pretend to work with the other side, planning with Sarah, Sophie and Ben to split votes between Jeremy and Michele. Later, she went to Jeremy and Denise and threw out Ben as the person they should target. Denise put her word in with them, but privately they were planning to vote against Jeremy.

8:41 p.m. – Safe with the necklace, Tony was interested in creating a blindside by flip flopping and his prime target was Sophie because of her closeness with Sarah. His strategy was to spring the idea on Nick, Jeremy and Michele late in the day right before tribal council. Nick told Tony he’d do it, but he needed Jeremy and Michele to pull it off. In order to do that he told Jeremy that Kim and Denise are playing him and that if he and Michele vote with him and Nick then they get Sophie out. Jeremy was hesitant to go with it, questioning why the plan was coming up so late.

8:49 p.m. – Based on the craziness of the previous tribal, the topic of uncertainty came up at this tribal council. All the players were reminded that at no point will any of them know all the information available in the game. Jeremy brought up the idea of trust, insinuating that he was still questioning the motive of Tony’s plan. Jeremy also opened up about how uncomfortable he is knowing that he was the target at the previous tribal and that it was a quiet day for him at camp. Ben, Michele and Sophie all said that it was a quiet day for them at camp as well. So everyone thinks they know the plan, but who knows the real plan?!

NEXT TIME: Sarah is “done” with Tony, but Kim has her eyes on Tony as the next target.

Here are the answers to Gold Derby’s contest questions for “Survivor” 40, Episode 11:

Who will be voted out at tribal council? Sophie Clarke

Who will win Immunity? Tony Vlachos 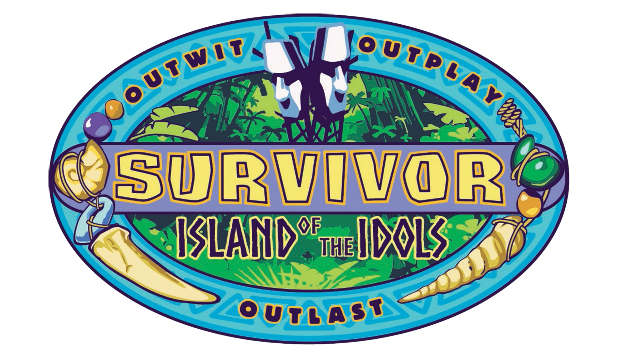