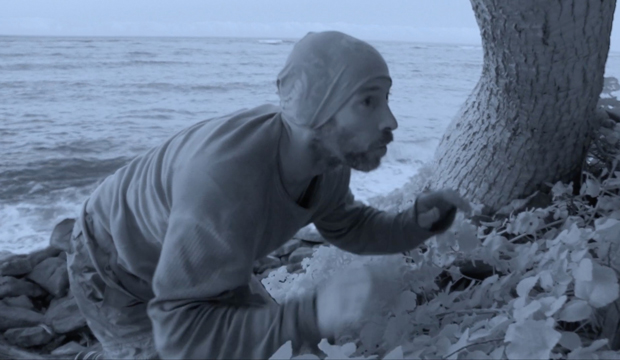 After 11 episodes of “Survivor: Winners at War,” Tony Vlachos still has yet to receive a single vote at tribal council. Considering how much of a known threat he was heading into this epic 40th season, that is quite the accomplishment indeed. When this New Jersey police officer originally played in “Survivor: Cagayan,” his cutthroat attitude and penchant for lying made him one of the most slippery villains to ever win CBS’s reality TV show. He returned in “Survivor: Game Changers,” but his reputation got the best of him and he was the second player voted out.

“I’m on probation,” Tony joked in this season’s premiere when he first stepped foot on the Dakal beach. He desperately wanted to find a hidden immunity idol, but he knew if he disappeared he’d be on the chopping block. Tony’s tribe first went to tribal council on Day 3, but his name wasn’t mentioned thanks in part to his strategy of mending fences with past enemies like Sandra Diaz-Twine and Sarah Lacina. Instead, the “poker alliance” was targeted with Amber Mariano being voted out and Kim Spradlin-Wolfe and Tyson Apostol being put on notice.

SEE ‘Survivor’ host Jeff Probst proclaims that ‘Winners at War’ may be ‘The G.S.O.S.O.A.T.’ thanks in part to Tony Vlachos

Tony’s next tribal council was in the fourth episode, and that’s when he tried to convince the other threats to keep each other in the game to serve as “shields” for each other. For that reason, Tony was against sending home Tyson, instead wanting a newer winner like Nick Wilson to get the boot. In the end it all came down to Sandra; she was still peeved at Tyson for throwing her name out earlier in the game, so she got her way and sent him to the Edge of Extinction.

When the tribe swap happened, Tony was blessed with a 3-2 numbers advantage as he, Sandra and Kim welcomed Jeremy Collins and Denise Stapley to the new Dakal beach. Everything was going according to plan, until Tony decided to sneak away from camp and hide in a “spy shack” to see what people were really saying about him. His being away from camp created an odd sense of paranoia that resulted in Sandra selling her immunity idol to Denise for a fire token. Unfortunately for the “Survivor” Queen, Denise turned around and voted Sandra out in a huge blindside. “How is that possible?” asked a confused Tony.

Tony didn’t attend tribal council again until the merge. That’s when he bonded with fellow threats like Tyson and Ben Driebergen in order to create shields so they could all protect each other. It worked again and again, with his group falling in line to vote out “hyenas” like Wendell Holland and Adam Klein. He then joined the majority in re-voting out Tyson, and was instrumental in sending home quiet threat Sophie Clarke.

For the past two weeks, Tony has been safe at tribal council thanks to having the immunity necklace around his neck. He also found a hidden idol in the woods, something he didn’t think possible in this season of all-winners. How long can he go unnoticed before receiving his first vote of Season 40? In the preview trailer for next week, Kim officially sets her sights on Tony, so we’ll have to see how things play out.