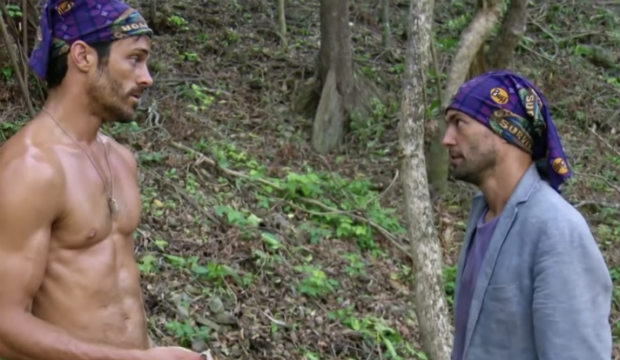 The coldness of backstabs and blindsides is what keeps many “Survivor” fans watching year after year. In a game that requires individuals to rely on each other, only to break promises to get to the end, personal betrayals are inevitable. We’ve been hooked on the backstabbing since Season 1, when Kelly Wiglesworth voted out her former ally, Sue Hawk, resulting in an epic jury speech from Sue about refusing to give her a drink of water if she sees her in the real world dying of thirst. Tour our photos above of the most devastating backstabbing moments in “Survivor” history.

Some of our favorite blindsides involved players outwitting each other and having some fun with it. One example includes James Clement in “Survivor: China” being voted out by his alliance with two hidden immunity idols in his pocket. There was also Jay Starrett orchestrating an epic blindside of Michaela Bradshaw in “Survivor: Millennials vs. Gen X,” resulting in Michaela giving him a death stare at Tribal Council.

And who could forget the infamous Black Widow Brigade manipulating poor Erik Reichenbach into giving up his immunity necklace, only to have them turn around and vote him out?

Then there are betrayals of a more personal manner. The lines of the game and the real world blurred in “Survivor: All Stars” when Rob Mariano went against his friend Lex van den Berghe, costing a friendship in the process.

Things became truly uncomfortable in “Survivor: Caramoan” as Dawn Meehan voted out Brenda Lowe despite the deep friendship they had up to that point. Brenda then instructed Dawn to humiliate herself at Final Tribal Council to let her know how she felt. No matter the circumstance, “Survivor” fans remain transfixed by the drama of such personal betrayals.