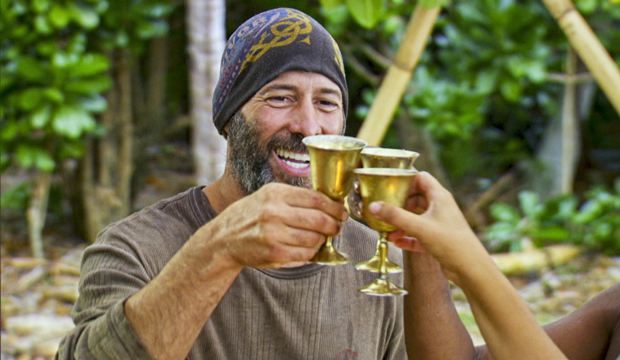 Due to the coronavirus pandemic, production on Season 41 of “Survivor” has been delayed indefinitely — womp, womp. The new episodes were originally supposed to film in early summer, to air during September-December of this year. As we wait for word on when, or if, the show will actually continue anytime soon, we can’t help but pose a controversial question for fans to ponder: Should “Survivor” throw in the torch and call it quits after 40 seasons? Vote in our poll below.

We know, we know, it’s a horrible thought. But realistically, nothing lasts forever, and “Survivor” is certainly closer to its ending than its beginning. CBS’s granddaddy of all reality TV shows has aired for two decades now, with 40 seasons and 596 episodes under its belt. Those are astonishing numbers.

“Survivor” recently capped off a landmark season in which 20 former champions returned to defend their titles in “Winners at War.” Tony Vlachos won the series-high prize of $2 million during a partly remote finale in which host Jeff Probst read the jury votes from the safety of his garage. Natalie Anderson came in second place with Michele Fitzgerald claiming third.

The more we think about it, “Survivor: Winners at War” would make for a grand final season, wouldn’t it? Fans had been clamoring for an all-winners edition for years, and it didn’t disappoint. Some of the best players of all time came back for one last chance in the spotlight, including “Boston” Rob Mariano, Sandra Diaz-Twine and Parvati Shallow.

The latest rumors suggest the long-delayed Season 41 could begin filming in Fiji in Spring 2021, which means the earliest we’d see the new episodes on our TV screen would be Fall 2021. The new players have already been cast, so they’re in a holding pattern until CBS gets the go-ahead to start traveling to Fiji. Of course, the country isn’t yet accepting American visitors due to Covid-19.