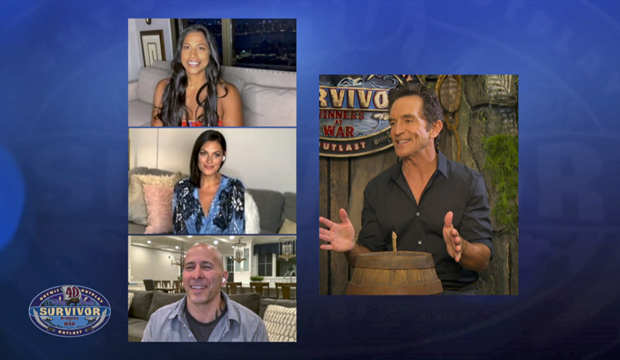 For the first time since 2001, “Survivor” will not be airing in the fall. Let that sink in.

CBS had initially hoped to film the 41st season of its hit reality TV show during the early summer and air it in September, but due to the ongoing coronavirus pandemic, those plans have been scrapped. Instead, “The Amazing Race” Season 32 will inherit the show’s Wednesday-at-8pm slot. Always the optimists, “Survivor’s” loyal fans have an idea for how to bide the time during this annoying hiatus: recap specials!

We know what you’re thinking. What’s the point of recap specials when the older seasons are available online to watch for free? Well, fans are pointing to “The Bachelor: The Greatest Seasons — Ever” on ABC as a fun and original way to rehash episodes from yesteryear into new content. Each three-hour retrospective focuses on an entire season, from scene one to the final shot, while also including never-before-seen footage and virtual interviews with cast members.

Imagine revisiting “Survivor’s” greatest locations, experiencing landmark twists again and catching up with former castaways, all from the comfort of your own home. Who wouldn’t want to check in with folks like Sue Hawk, Rupert Boneham, Rob Cesternino, Cirie Fields, etc., and see what they’re up to now, all these years later?

In this era of Covid-19, television networks are having to come up with all kinds of inventive new ways to keep the lights on. NBC produced “at home” episodes of “Saturday Night Live” for the first time in 45 years. Talk show hosts like Jimmy Fallon, Stephen Colbert and Trevor Noah have been skyping in from their houses (or in the case of Samantha Bee, from the woods). And ABC aired a special “CMA Best of Fest” that relied on old performances.

Even the “Survivor” Season 40 reunion show had to adapt to the changing times, with host Jeff Probst reading the “Winners at War” jury votes from his own garage. Tony Vlachos ended up taking the $2 million grand prize in a 12-4-0 vote over Natalie Anderson and Michele Fitzgerald. “You are a great winner and a great representative of our show,” Probst told Vlachos from his echoey garage.