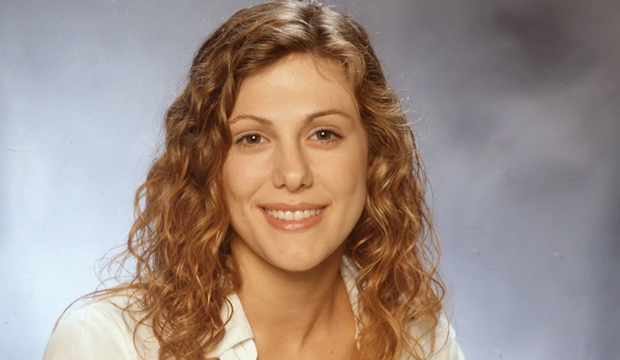 Original “Survivor” castaway Jenna Lewis didn’t hold back when asked by EW.com if she would ever want to play again. “F— YES!” she exclaimed. Jenna appeared on “Borneo” (Season 1) and “All Stars” (Season 8), but hasn’t been seen since, despite repeatedly being on producers’ shortlists over the past 16 years. “I have been contacted so many times, it’s like CBS is my own personal d— tease,” she joked. “This last time I had signed over 100 pages of documents and gone for shots, and started the whole mental prep. Just do it already, Mark [Burnett] and [Jeff] Probst. Third time’s a charm.”

The concept of watching “Survivor” on TV now is starting to leave a bad taste in her mouth. Jenna readily admitted, “I am still butt-hurt at how many times Survivor Casting has called and had me on stand-by for a season, or had me in the ‘finals’ of casting, including signing packets of NDA’s, so I can’t bring myself to watch, knowing how I would’ve manipulated each player.” However, she did see “Beauty vs. Brains vs. Brawn” (Season 28) and “Winners at War” (Season 40), the latter of which brought back former champions to compete again.

SEEDon’t feel stranded, ‘Survivor’ fans — Season 41 is on the horizon and is scheduled to air this fall on CBS

Jenna made it to eighth place on her first outing, ultimately casting her jury vote for Kelly Wiglesworth (Kelly lost to Richard Hatch). One of Jenna’s most memorable moments in “Borneo” was when Jeff let all of the castaways watch videos from their loved ones, but not Jenna since hers didn’t arrive in time. In the next episode, Colleen Haskell won the reward challenge of a barbecue dinner and letters from home, and she quickly chose Jenna to accompany her so that she could hear from her family.

In “All Stars,” Jenna faced off against some of the most popular castaways from the first seven seasons. She made it all the way to third place, when immunity challenge winner Rob Mariano decided to vote her out and keep his future wife Amber Brkich (who won). In future seasons, “Survivor” would let the final three contestants plead their cases to the jury, which Jenna now sees as a huge regret. “​I would have won,” she stated flatly. “And that is why I deserve another shot. Like Forrest Gump, that’s all I have to say about that.”

SEE When it comes to this ‘Survivor’ record, Boston Rob is truly King — Sorry, Tony!

Should she return to the island one day, Jenna named two castaways she’d love to play with: Sandra Diaz-Twine and Tyson Apostol. “Who doesn’t want to play against the Queen?” she asked. “Tyson is up there, too. I wanna laugh out there. Ultimately, I’d love to play with [‘Borneo’ castaways] Colleen, Greg, Gretchen, Gervase, Ramona and Richard again. That would be full circle and complete the trinity of my ‘Survivor’ experience. I miss them.”

Jenna, who’s now a mother of four living in Woodland, California, also called out Jeff for the way he influences the game at tribal council. “I know it is a game show first and foremost, so they need to capture ‘edits’ for continuity, but I would advise that Jeff NOT be shown all the information before Tribal,” she noted. “He outs people and colors the dialogue leading the voting conversation to ‘his’ territory.” What do you think, “Survivor” fans?