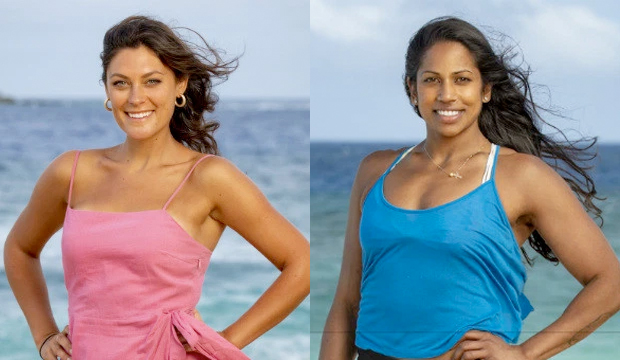 After six episodes of “Survivor: Winners at War,” two castaways are tied with a leading four fire tokens apiece: Michele Fitzgerald and Natalie Anderson. (See the updated list of “Survivor” advantages.) These wooden coins can be used to purchase things like food, comfort and advantages, as seen this week when Tyson Apostol bought peanut butter with his newly acquired fire token. Michele and Natalie are now essentially billionaires in the game of “Survivor,” which makes them huge targets going forward.

Michele began the double elimination episode with only a single fire token, but after her best buddy Parvati Shallow was voted out, she bequeathed her remaining three fire tokens to Michele. “Here you go, Michele, enjoy,” Parvati said on her way to the Edge of Extinction. We know what you’re thinking: didn’t Parvati have four fire tokens? Yes, but her fourth wooden coin was used to purchase Tyson’s idol nullifier earlier in the episode. Since Parvati wasn’t able to play this rare advantage, it now becomes obsolete.

Natalie was the first person voted out of “Winners at War,” so she went to Extinction Island with zero fire tokens after bequeathing hers to Jeremy Collins. She then built up a fire token piggy bank by selling an immunity idol to Sandra Diaz-Twine, a safety advantage to Jeremy and a steal-a-vote advantage to Sarah Lacina, before earning her fourth during the Edge of Extinction log challenge.