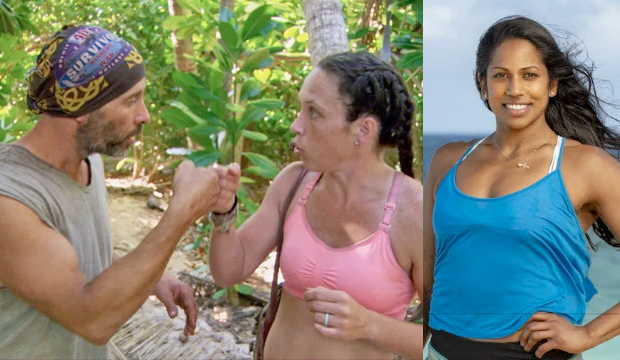 Tony Vlachos is the only castaway of “Survivor: Winners of War” to not see his name written down even once during a Tribal Council vote — at least, so far. And, ever since the merge, he also has been pretty much large and in charge of who is saved and who is eliminated. The sometimes twitchy Sole Survivor from the Cagayan season of the CBS reality show has been also hugely entertaining on this 20th anniversary edition of the long-running show, whether eavesdropping on others in his so-called spy nest, briefly joyfully mistaking a disadvantage sent to him from the Edge of Extinction for an advantage or reacting to being pooped on by a bird.

As this week’s three-hour finale looms, it’s little wonder that the majority of Gold Derby users are choosing Tony as the likely victor this season with 12/25 odds. Next is his “Cops R Us” partner Sarah Lacina — who was the last female to win during “Survivor: Game Changers” in 2017 — with 9/1 odds.

In third is Natalie Anderson, the “Survivor: San Juan del Sur” winner who was first player sent to Edge of Extinction this season. The Crossfit coach has been killing it physically and mentally on the Edge. With the second get-back-in challenge looming during the finale, Natalie was able to amass 16 fire tokens, which she used to buy three advantages and a container of peanut butter as well. She also has an idol that she bought previously.

Coming in at No. 4 is the much-liked Michele Fitzgerald, the champ of “Survivor: Kaoh Rong”  who earned immunity by winning a challenge, which caused Nick Wilson to be voted out instead. She has 14/1 odds.

Sitting at No. 5 is Tyson Apostol, the winner of “Survivor: Blood vs. Water,” who got voted out twice and sent back to the Edge after he won the first get-back-in challenge. Natalie bought him an idol as well with her tokens and shared her peanut butter with him.

The two other players still in the game are Denise Stapley, whose big achievement during the season was voting out the Queen herself, Sandra Diaz-Twine, by using her own immunity idol against her. Much lower is Ben Driebergen in the 13th spot.

Take the polls below and pick who you think will become the second Sole Survivor to follow Sandra’s lead and win twice and who will rejoin the game from the Edge of Extinction on Wednesday, May 13.