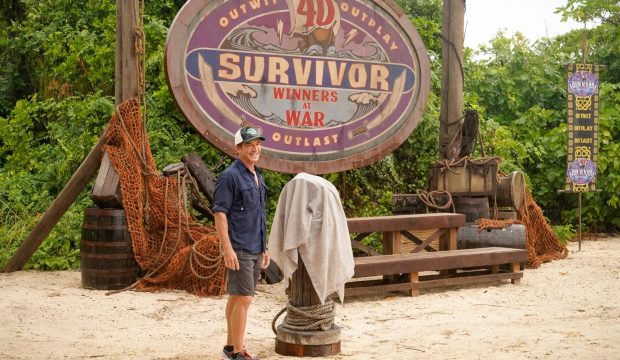 When we last saw “Survivor” host Jeff Probst during May’s three-hour extravanganza Season 40 finale of “Winners at War,” it featured a shelter-in-place reading of the votes due to the coronavirus pandemic with Tony Vlachos coming out on top.  And, as he usually does, he gave a tease of what to expect for the upcoming Season 41. “Let’s talk about our 41st season,” he said. “Normally we show you a cool promo, but for obvious reasons we haven’t been able to shoot.” While the new season should have been filmed on Fiji in March, but like many TV productions it had to be delayed for safety’s sake.

Probst then said, “We’re committed to being on in the fall with our 41st season, which means you should apply, especially if you are young. I’m talking teenagers  — 16, 17, 18, 19. Do it. Cool parents and a cool school. It could happen.”

There has been speculation about whether a season full of young people will be coming down the pike, but there is no news about the theme of the next season. However, it looks like one of Probst’s vows will be coming true. Filming appears to be set to resume as the Fijian government approves new safety measures. This week, Fiji’s Prime Minister Voreque Bainimarama issued a statement of Phase 3 of the island’s COVID-Saftety Economic Recovery, including the measures that would be in place for upcoming film productions.

“In recent years, we’ve established Fiji as something of a ‘Hollywood of the Pacific,’ with a film and a television industry bringing hundreds of millions of dollars in econimic activity and invaluable exposure to the world,” Bainimarama said. “Seeing Fiji’s pristine beaches on shows like ‘Survivor’ or ‘Love Island’ can be more powerful than any advertisement.”

Since 2016, “Survivor” has shot two seasons per year in Fiji’s Mamanuca Islands, recruiting locals to work along side a global production crew. While plans called for the filming of Season 41 to be postponed until May 19, the quick spread of COVID-19 caused such plans to shut down indefinitely in early April while the crew doing pre-production in Fiji were told to return home.

But since that time, Fiji has been able to declare itself to be COVID-19-free — with no new cases in the past 64 days or so. The prime minister says they will conduct filming in a “completely safe and controlled manner.” They won’t allow cast or crew to board planes “without proof of a negative COVID-19 test.” Also, passengers would be “screened for symptoms before boarding and upon landing.” Then they will enter “a government-designated quarantine.” After that, they will sequester them “for the mandatory 14-day-period,” including the “Survivor” 41 cast and crew.

The cast was already picked in late February, but the change in the filming date as well as the protocols put in place for assuring no one is carrying the disease might make it inconvenient for some who were originally cast. The show will likely start filming sometime in July. CBS has tentatively scheduled “Survivor” 41 to premiere on September 23 and the show is touted in the network’s promotion of its fall line-up.

We're so excited to share the New 2020-2021 CBS Primetime Schedule with you. For more information about the new lineup, click here: https://t.co/hvQ3WErPnp pic.twitter.com/pz2fDA7nWC