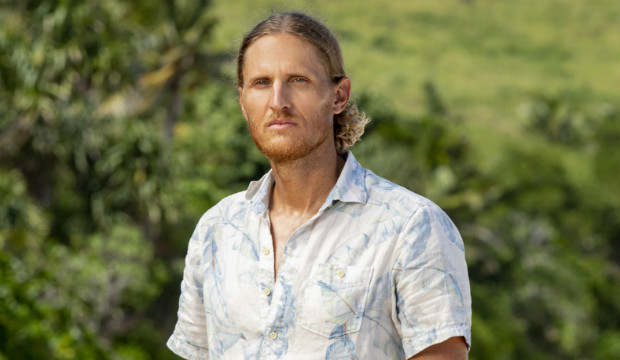 Last week on “Winners at War,” Tyson Apostol became the first person in “Survivor” history to use a fire token to purchase something off of the food menu. He just had to have that jar of peanut butter. At the start of this all-winners season, many fans thought it was a far-fetched idea that one of these heralded champions would use the wooden currency on luxuries, particularly when there were game advantages on the menu. Tyson proved them wrong, in the most delicious way possible.

SEEJeff Probst (‘Survivor’) wonders if Sandra has any ‘fight’ left in her: Will she raise the mast at Edge of Extinction? [WATCH]

In our recent poll that asked our readers whether they agreed with Tyson’s decision, only 28% responded that he did the right thing by purchasing the peanut butter. The other 72% of poll results were spread out as follows:

41% for an advantage in the return challenge

30% for saving his fire token and starting a piggy bank*

*The only thing on the price menu that requires more than a single fire token is an immunity idol. It takes three coins to buy an idol, but it only has power if a player makes it back to the main island. “If I wasted three tokens on this and never got back in the game, I would look the fool, but I’m not a fool,” Tyson stated.

“Look how big this thing is! That makes me so happy,” Tyson proclaimed while shoveling the smooth peanut butter into his mouth with a tiny shell. “I feel like eating the little bit of peanut butter each day would boost my spirits mentally,” he explained.

If Tyson wanted sustenance for the upcoming return challenge, why peanut butter as opposed to something like pizza? “[It will] get me the extra calories that will then help me for the challenge,” he said. “Some slack-jawed yokel from who knows where probably wouldn’t know all the great nutritional stuff that peanut butter has, but I do.”

Tyson earned his fire token thanks to Parvati Shallow, who took him up on his offer to buy his idol nullifier advantage he found at the Edge of Extinction. Parvati had four fire tokens at the time, so it was no skin off her back. Unfortunately, prior to her elimination none of her Sele tribe members used an idol so the advantage went unplayed. Parvati then bequeathed her remaining fire tokens to Michele Fitzgerald on her way to Extinction Island.