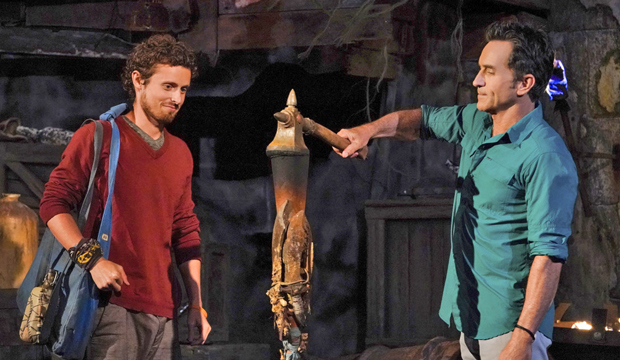 “Survivor: Winners at War” sees 20 winners return to duke it out. It’s the greatest crop of contenders the game has ever seen. In my weekly “Battlelines” recap I will diagnose the casualty and declare who I think won the previous episode’s battle and who is best positioned to win the war. Please feel free to give me your thoughts in the comments below.

Casualty
Adam’s idle quest sees him off the podium
What a wild season for Adam Klein! His frenetic gameplay got him into plenty of trouble. But his weakness was also a strength. His fast-paced adaptability saw him survive the first tribal of the season and navigate his way through the tribe swap to the merge. It is also saw him win the turbulent “Millennials vs Gen X” season which had switching alliances, idol plays and a rock draw. It was probably his undoing though. His efforts to move the vote to Sarah Lacina, raised the eyebrows of Tyson Apostol and Kim Spradlin. One of the hardest things in “Survivor” is knowing when to do nothing; especially when making moves has been so effective in the past.

Adam’s last ditch effort was trying to pull a Fleur-de-Lis off the tribal council podium in case it was an idol. It was the right thing to do. He read correctly the votes were on him. He had nothing to lose. Heck, in a Season of “South African Survivor,” an idol had been hidden on the podium. But, his theory gave him undue confidence to scheme. Adam’s the best “Survivor” super-fan to ever play. His joy for the game is evident and infectious. It was cool to see this winner outlast legends like Boston Rob Mariano, Parvati Shallow and Sandra Diaz-Twine. He was bringing the fun and hopefully he can inject some energy onto extinction.

Who won the battle?
Tyson finds control in the chaos
With the bedlam the broke out after the immunity challenge it was hard to tell who was in control. From re-watching the episode, it looks like it was Tyson. He first suggested voting out Adam when Kim approached him about protecting Sarah. He identified that Adam was having too much influence on other players and needed to go. He and Kim had conversations with others to shift the vote. As a big threat, Tyson still has hurdles to make it to the end. But, this week he controlled the chaos.

Who is winning the war?
Kim well positioned in the pride
If I had to put my money on the season, I would still wager on Sophie Clarke. She’s leading at Gold Derby with 17/5 odds. However, from the episode, it looks like Kim may be best placed it the game. The post-merge has seen much of the conversation revolve around “lions and hyenas.” It seems like in these tribal dynamics Kim may be in the sweet spot. As someone who played one of the most dominant winning games, she is too big a threat to be considered a hyena. However, surprisingly to me, she seems to not be brought up much as one of the big lions. She’s not at the top of anyone’s hit list. It seemed like it was her and Tyson that helped steer the vote towards Adam. In the frantic episode, Kim also seemed to be in a lot of the conversations. And then she has an idol to get out of trouble. I’ve often thought that Kim was the greatest “Survivor” player of all time and she is well on her way to proving it this season. She is currently coming fifth at Gold Derby with 12/1 odds.