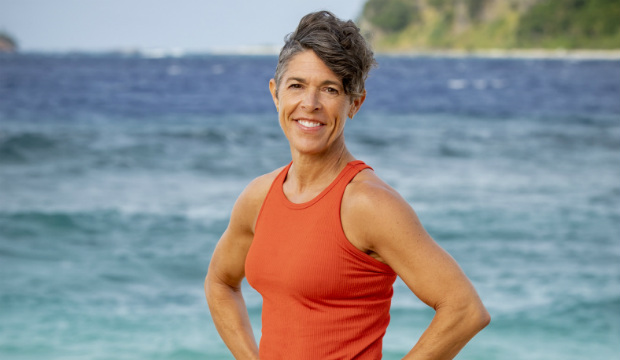 Let’s celebrate what Denise Stapley accomplished on last week’s “Survivor: Winners at War” when she blindsided an unusually complacent Sandra Diaz-Twine, the lone two-time winner of the CBS reality show who has appeared on the series five times over the years.

She pulled off quite a coup against fellow Dakal tribe member Sandra, who underestimated the more stealthy Denise after she offered her her-soon-to-expire immunity idol in exchange of her two fire tokens. They agreed that Denise would give her on token now and another after the idol proved to be legit at the trible council. What Sandra didn’t know was that Denise was plotting to use her very own idol against her.

However, what Sandra also didn’t know is that Denise had her own second idol, which she ended up giving to Jeremy Collins, explaining she just wanted “to settle her stomach.” Afterwards, Denise allowed herself to relish her achievement on Twitter via a video while addressing her new-found fans after she banished one of the most cutthroat “Survivor” players ever to Edge of Extinctionon.

Waving the white flag! You guys are awesome but I can’t keep up LOL! #QueenSlaysQueen pic.twitter.com/IuvqngUehz

The 49-year-old sex therapist from Iowa, who won the title of Sole Survivor in 2012 on the 25th season of the show that was based in the Philippines, made an early fan out host Jeff Probst. In a 2015 interview, he named Denise as one of his top 10 favorite winners ever and one of his top four female players. As for her recent move against Sandra, Probst told Entertainment Weekly it was “one of the most vicious moves in the history of the game.” He then added, “THAT is how you kill the Queen,” a reference to Sandra’s catchprase at each tribal council when she was left unscathed: “And the Queen stays the Queen.”

SEEJeff Probst (‘Survivor’) wonders if Sandra has any ‘fight’ left in her: Will she raise the mast at Edge of Extinction? [WATCH]

Sooooo …. where does that leave Denise now?  We asked you in a poll whether she qualifies as the new Queen. A hefty 32% of fans agreed that she made an amazing move to get ahead in the game. However, she will have to win this incredibly competitive season featuring former champs to claim the crown.

Good thing, then, that 26% will be rooting for Denise to go all the way and win that super-sized $2 million jackpot of a prize.

Then again, 18% says Sandra deserves to lose her title since she underestimated Denise and failed to play her idol for herself. Others were upset that Sandra felt entitled to sit out nearly every physical challenge and felt it was a clue that she was off her game.

Ultimately, it will all comes down to what Sandra does on the Edge of Extinction on this week’s episode. Will she give up and hoist the mast to take her away? Or will she fight to get back into the main game? Tell us what you think below in the comments.