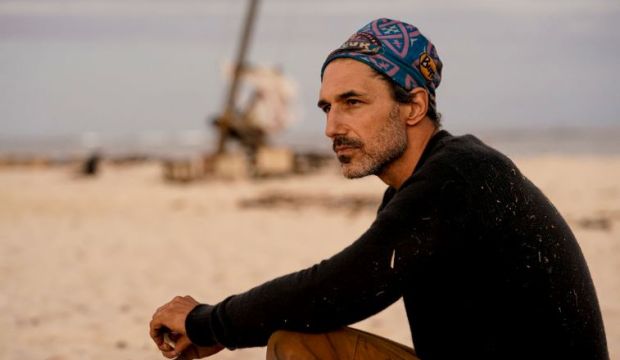 I never thought I would write this sentence about “Survivor: Winners at War,” but the action on the Edge of Extinction was far more compelling than what was happening on the mainland this week. When this limbo land where voted-out castaways could get a second chance to return to the game was first introduced on Season 38, there wasn’t much going on save for some lame clues to finding advantages on the barren island. About the most interesting thing was when Reem Daly, the first resident to wash up on the shore, would berate the newly arrived contestants who had voted her out previously like some kind of sea witch.

Even more distressing to longtime fans was the fact that the winner of that season, Chris Underwood, was the third player to be voted out. Because of the twist, however, he managed to rejoin the action, participate in the finale and win it all – even though he just played just 13 of 39 days in the game. There was barely any time to even get to know him as a player.

But this 40th season, where every participant is a previous winner, we know most of these castaways fairly well. Therefore, when they head to Extinction island, we are already invested in who they are.  And this season, host Jeff Probst has provided a benefit — namely, amassing a currency known as fire tokens — for those who end up on this forbidden piece of real estate to perform challenges and hunt for clues to advantages. Right now, Natalie Anderson, the CrossFit  trainer who was the first to arrive on the island this season, is killing it physically and mentally while having four tokens in her possession. But almost keeping up with her are fellow residents Amber Mariano, Danni Boatwright and Ethan Zohn (see above) who has battled Hodgkin’s lymphoma twice.

Because all the players are champs, there was no way that they would sit out from a grueling challenge that required them to go up and down a steep incline and carry 20 pieces of wood one at a time to win a fire token. They had to complete the task before sundown.  At one point, an exhausted Ethan had to take a break after feeling weak and nearly fainted before he got medical attention. Why did he push on? “I wanted to set a good example for everyone who has been through a health challenge and think they can’t do it anymore.”

As for the main event on the primary island, yes, Rob Mariano finally completed a puzzle in a reward/immunity challenge after failing two times previously, Sandra Diaz-Twine once again begged out from participating in a physical challenge for the third time in a row and Adam Klein tried to make up for the fact he got caught playing two different alliances against one another on the previous episode. But there was far more compelling drama unfolding across the ocean.

What do you think? Are you far more interested in what is at stake on the Edge of Extinction this season? Or do you think it is unfair for players whose torches were snuffed out to get a second chance to return to the game? And are you liking the use of fire tokens to raise the stakes among those who arrive at Extinction more interesting.  Take the poll below and tell us whether this twist in the game is better the second time around.