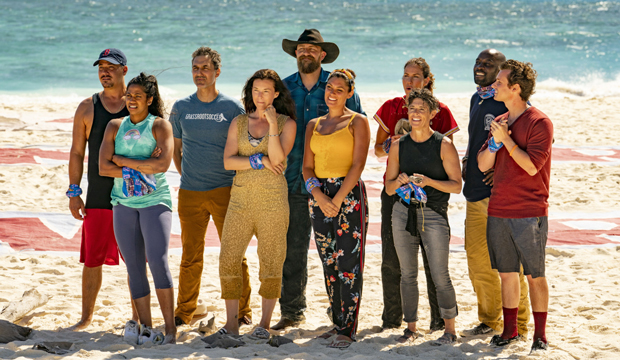 In theory a game of “Survivor” featuring only champion players should mean that the two tribes start on an even playing field, but after three episodes of “Survivor: Winners at War” it seems the Sele tribe players are on a quickly sinking ship. Plagued by a does-it-or-doesn’t-it-exist divide between “old school” and “new school” players, Sele has failed to come together to win two of the three immunity challenges in the game so far, forcing them to attend tribal council where they voted to send Natalie Anderson and Danni Boatwright to the Edge of Extinction.

Below we rank the eight remaining players in terms of their likelihood at being crowned the champion, using the edit, their strategy and advantages earned so far to evaluate their chances. Do you agree with our assessment of the Sele tribe?

For one of the game’s youngest and least legendary winners, Adam has had a surprising amount of screen time. After an early game stumble where he and Denise found themselves initial targets for running off together, Adam managed to survive being a first boot and has since turned Sele into a new school-dominating camp. Denise may have found the split idol in episode three, but it was Adam who convinced her not to split it with other players and instead share it with him. Now that he’s passed the heat of the first few tribals, I imagine he’ll be able to coast about for a few more weeks while much bigger threats become the targets.

Like Adam, Jeremy lucked out by Sele deciding to vote Natalie out instead of him. She was voted out solely because of her relationship to Jeremy, so now that she’s gone his position is much stronger. The magic of the new fire token twist is that Natalie has already provided Jeremy with an advantage in the game, bequeathing him her own fire token so that he had two and then later offering him a chance to buy an advantage from her for one of them. The advantage he bought is the chance to remove himself from a tribal council just before a vote–a play that will save him from being voted out, but as a double-edged sword will also prevent him from voting.

Technically it’s Denise that has the only hidden immunity idol at Sele, but her’s is split with Adam who for all intents and purposes seems to be the decision-maker in this two-person alliance. For now it appears that Denise is going to play the game from the back seat, potentially locking herself into a runner-up position should she make the final tribal council. My guess is that it’s much more likely other players take her out at some point in the hopes of weakening Adam’s game.

It’s actually hard to tell what path forward there is for the three “old school” members of Sele. Our understanding is that they agreed to vote out Danni (another “old school” player) in the hopes that it would dispel the division allegations, but it’s probably not going to work. Parvati and Rob remain two huge threats because of their ruthlessness reputations, but also because they are immensely likable people–they are the rare winners that can balance deviousness with a top-notch social game. Ethan, on the other hand, is much better off because he doesn’t have the reputation of stabbing people in the back. Instead he is known for being fiercely loyal and well-meaning, so he is a less imposing threat from the outset and could be the last “old school” Sele member, which would make him a great alliance acquisition for either Adam or Jeremy who already seem to have a good relationship with him.

Based on screen time alone we’d probably put Ben higher, but his gameplay has been a complete disaster so far. In the first episode it didn’t take very long for Rob to get Ben to throw Danni under the bus as the player going after him and then he managed to let Rob best him again in episode 3 in a shocking suggestion for everyone to dump their bags and prove they don’t possess a hidden idol. Ben is spilling secrets left and right, a trait that I can only assume will make his alliance members retreat from him.

No one on “Winners at War” has suffered from the screen time curse more than Michele so far. Plainly, the editors have not been kind to her, leaving her out of confessional appearances almost entirely in the two-hour season premiere and relegating her strategic discussions in the game to her agreeing to vote however Jeremy tells her to. Michele and Jeremy were both left out of the loop in the first tribal council, which is never a good sign if you’re looking for in-roads with the other players in the game.