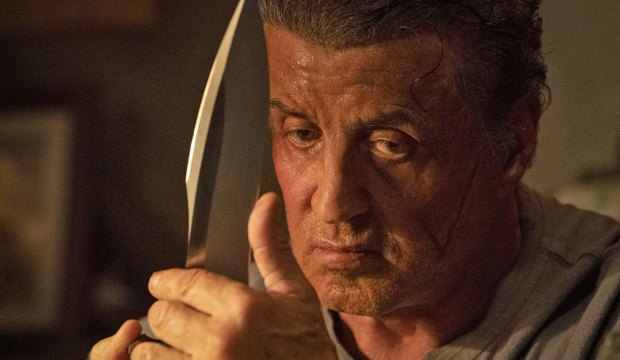 Show business sure is fickle. Four years ago Sylvester Stallone won the Redeemer Award from the Razzies for his Oscar-nominated performance in “Creed,” but now he’s back on their hit list, nominated for Worst Actor and Worst Screenplay for “Rambo: Last Blood.” He could extend an unfortunate record if he wins again.

He redeemed Rocky Balboa with “Creed” after the Razzies had singled him out for the fourth and fifth “Rocky” movies, but alas he wasn’t able to redeem “Rambo.” It opened in September 2019, 11 years after his previous film in the franchise and 37 years after the franchise began in 1982. But “Last Blood” was met with overwhelmingly poor reviews (26 on MetaCritic, 27% freshness on Rotten Tomatoes), so it wasn’t very surprising to find it back at the Razzies.

Rambo is practically a patron saint of these awards. Out of the five films, three of them have been Razzie contenders. The first film, “First Blood” (1982) wasn’t on the Raspberry radar, but the aforementioned “First Blood Part II” won Worst Picture and Worst Actor. “Rambo III” was also nominated for Worst Picture, though it mercifully lost to the Tom Cruise romance “Cocktail.” Two decades after that film came 2008’s simply titled “Rambo,” which was spared the wrath of the Razzies.

But now Rambo has made a comeback — if you can call it that. “Last Blood” is up for Best Picture, and it’s nominated eight times total, more than any previous “Rambo” movie and tied with “A Madea Family Funeral” as the second most nominated film of the year (behind “Cats” with nine). But according to the predictions of more than 1,000 Gold Derby users thus far, voters will instead take aim at John Travolta, who is nominated for both “The Fanatic” and “Trading Paint.”

Perhaps the Razzies really will be merciful to Stallone given how recently they had forgiven him for his cinematic sins. But not that merciful given how many times they’ve nominated him.