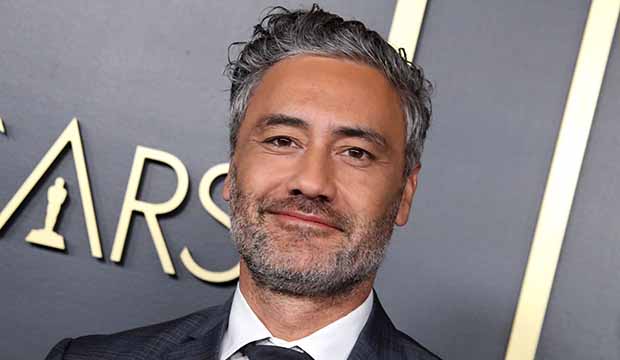 Fresh off his Best Adapted Screenplay Oscar win for “Jojo Rabbit,” Taika Waititi could soon claim another major trophy thanks to “The Mandalorian.” The Disney+ series was a critical hit that went viral thanks to “Baby Yoda” memes, but Waititi’s directorial efforts on the season finale should place him in contention for the 2020 Emmy Award.

“Chapter 8: Redemption” is the final episode of the season, but Waititi wastes no time inserting his signature directorial style into the episode. The chapter begins with something mostly unheard of in “The Mandalorian,” and even the greater star Wars universe: extended comedic banter. Two unnamed stormtroopers (voiced by Jason Sudeikis and Adam Pally) try desperately to hit a stationary target and miss each time. They bop The Child on the head and brush off the recent massacre of their comrades by their leader Moff Gideon (Giancarlo Esposito) as just another day on the job.

The sequence gives a knowing wink to “Star Wars” fans, who have long joked about stormtrooper behavior and terrible aim. The scene goes on for a while, taking the tone of “The Mandalorian” almost to its breaking point before getting back to business with the story. Waititi is adept at filming this type of non-sequitur without derailing the action.

And this episode has plenty of action. As soon as the stormtroopers finish their banter, the re-programmed IG-11 droid (voiced by Waititi himself) swoops in to rescue The Child, an epic standoff results in flying bullets and a terrifying flamethrower, The Armorer unleashes a memorable beatdown, and Moff Gideon confronts the heroes in a TIE Fighter.

But more impressive than the action sequences is the heart which Waititi imbues each sequence. He makes sure that the main story threads are never lost, even when guns are blazing. The most prominent theme emerging in this finale is that no one is locked into the station that they are born into. It’s evidenced in IG’s switch from killer to protector and in Mando’s (Pedro Pascal) evolution from a nobody to a devout and skilled Mandalorian. Waititi smartly places the camera in front of adorable Baby Yoda so the audience can witness his reactions to the actions of his caretakers. What type of person will this child grow into based on these experiences?

“The Mandalorian” is a hit with critics and audiences, but it has also helped Disney+ find a place in awards season. The series has already racked up wins from the Motion Picture Sound Editors Guild, Visual Effects Society, and Publicists Guild, in addition to a nomination from the Art Directors Guild. Waititi is in a sweet spot right now after his box office hit “Thor: Ragnarok” and Adapted Screenplay Oscar win for “Jojo Rabbit.” It’s common for a win at one awards ceremony to boost a person’s odds at the next. Just look at Olivia Colman, who scored an Emmy nomination for “Fleabag” after her Oscar win for “The Favourite.” Waititi is a fast rising star and is in a perfect place to continue the awards love for “The Mandalorian” during Emmy season.