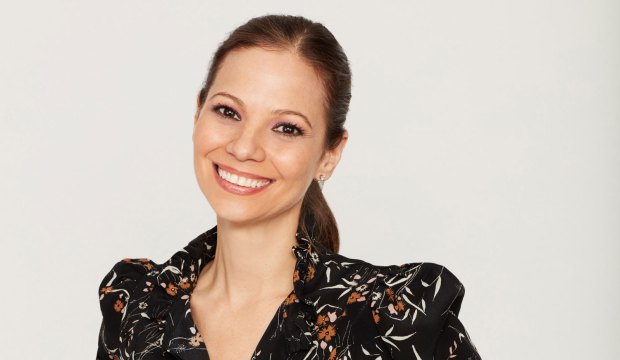 Tamara Braun earned a Best Supporting Actress nomination at the 2020 Daytime Emmys for playing Dr. Kim Nero on “General Hospital.” It’s her third nomination and her second for “GH,” but it’s actually a different role from the one she originally played on the show. She portrayed Carly Corinthos from 2001 to 2005. That actually makes this the second time a former Carly left the show, came back as someone else, and earned an Emmy nomination for it.

Sarah Brown originated the role of Carly, playing the troublemaker from 1996 to 2001. She had such an impact on the show that Brown won three Emmys: Best Younger Actress in 1997 and 1998 and Best Supporting Actress in 2000. And the character shaped storylines on the show for decades to come. Then Brown returned to the series in 2008 as someone else entirely, mob heiress Claudia Zacchara.

It’s not uncommon for actors to leave a show and come back as a different character, often a doppelganger or long-lost twin. But in this case Claudia was an entirely distinct character. And Brown was nominated for Best Actress for that comeback performance in 2010, though she didn’t win that time.

The same is true with Braun. She earned a Best Actress nomination for playing Carly in 2004. After leaving “GH” she made the rounds on a couple of other soaps, playing the deranged Ava Vitali on “Days of Our Lives” and being part of a groundbreaking lesbian couple as Reese Williams on “All My Children.” Her performance as Ava won her the Best Supporting Actress Emmy in 2009.

In 2017 Braun made her way back to “GH” as Dr. Kim Nero, who is unrelated to Carly (currently played by Laura Wright), though Kim’s on-screen son Oscar was actually dating Carly’s on-screen daughter Josslyn. 2019 was a rough year for Kim: Oscar died of a brain tumor, and Oscar’s father Drew was presumed dead in a plane crash, traumas that caused Kim to go off the deep end before she herself left the show last fall.

So Kim didn’t get a happy ending, but perhaps Braun will by winning for the show that made her a star in daytime. Do you think she’ll win?