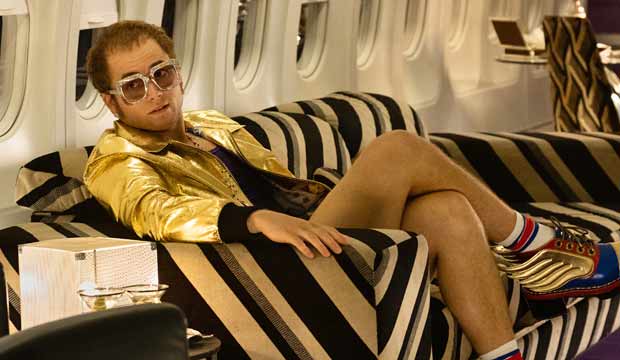 Taron Egerton (“Rocketman”) has been rising in the ranks in our Oscar predictions, especially after a week of successes: winning Best Film Comedy/Musical Actor at the Golden Globes and then earning a BAFTA nomination to go along with his SAG Award nomination. That rise is reflected in our odds, which are calculated from the combined predictions of more than 10,000 Gold Derby users. He now ranks among our top five contenders for Best Actor.

As of this writing he gets 19/2 odds in the Oscar race. The front-runner is still Joaquin Phoenix (“Joker”) with 17/5 odds, followed by Adam Driver (“Marriage Story”) with 19/5 odds, Leonardo DiCaprio (“Once Upon a Time in Hollywood”) with 11/2 odds and Antonio Banderas (“Pain and Glory”) with 13/2 odds.

But that shift is bad news for Robert De Niro, the two-time Oscar winner who plays the title mobster in “The Irishman” but has been overlooked time and time again despite heavy nomination hauls for his film as a whole. He was snubbed at the Golden Globes, SAG Awards and BAFTAs. On the plus side, even if he misses out on a nomination for acting, he’s a producer of the film and would therefore be nominated for Best Picture when the film likely makes the cut in the top category, just like he has at the BAFTAs and Producers Guild Awards.

Perhaps that’s why he has under-performed in Best Actor categories this season. Voters can take care of him in the Best Picture race and open up a space in Best Actor for someone like Egerton to make the cut.