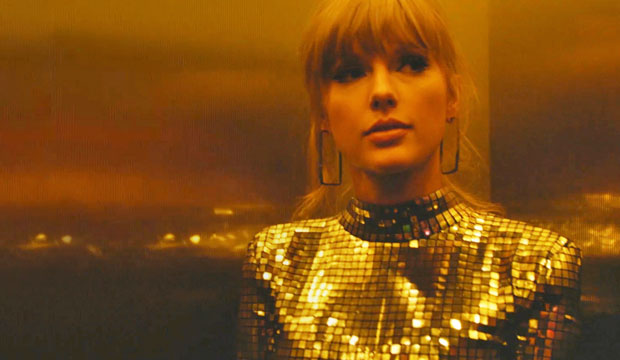 Singer-songwriter Taylor Swift is a complicated media figure to say the least, so what do critics think of “Miss Americana,” the documentary that explores the enigmatic star’s life, career and politics? It premiered at the Sundance Film Festival last month before debuting on Netflix on January 31.

As of this writing the film has a MetaCritic score of 65 based on 23 reviews counted: 16 positive, 7 somewhat mixed, none outright negative. Over on Rotten Tomatoes, which rates films on a pass-fail basis, the film is rated 91% fresh based on 58 reviews, only 5 of which are classified as negative. The RT critics’ consensus boils down the reviews by saying, “‘Miss Americana’ provides an engaging if somewhat deliberately opaque backstage look at a pop star turned cultural phenomenon.”

Indeed, critics are somewhat divided about how revealing the film truly is. It’s “vulnerable without being invasive,” and is elevated by “the revelations that make up much of the second half,” including Swift’s struggle with an eating disorder and her decision to get political after years of avoiding the subject. The film represent a “convincing turning point” at which Swift is “ready, perhaps, to say a lot more.”

But still, “the audience is only allowed to see the emotions that Taylor Swift allows them to see,” and “she’s allowed to sidestep some obvious questions” about her life, career and controversies. It’s “overly stage-managed” by director Lana Wilson, who received Independent Spirit Award nominations for her previous feature documentaries “After Tiller” (2013) and “The Departure” (2017). “After Tiller,” which explored the 2009 assassination of an abortion provider, also won her a News and Documentary Emmy.

Have you watched “Miss Americana” yet? What do you think of its take on one of music’s most influential and divisive stars? Check out some of the reviews below, and join the discussion on this and more with your fellow movie and music fans here in our forums.

Leah Greenblatt (Entertainment Weekly): “It all feels appropriately intimate and on brand, a smartly calibrated glimpse into the 24-7 terrarium of modern fame. What takes ‘Americana’ beyond a string of charming anecdotes though, are the revelations that make up much of the second half — most notably her poignant acknowledgment of a previously undisclosed eating disorder, and her choice, after years of increasingly conspicuous silence, to finally speak out about her political views during the 2018 midterms.”

Wesley Morris (New York Times): “This documentary isn’t as coherent as ‘Truth or Dare,’ the Olympic standard for pop-star portraiture. But Madonna had found a coherent persona by the time of that movie. Swift is still eking hers out. Along with her music, she’s evolving … Wilson has captured Swift at a convincing turning point, ready, perhaps, to say a lot more.”

Dilara Elbir (The Playlist): “What Wilson does best in the film is allowing Swift to be vulnerable, without being invasive … While watching the documentary, one has to be aware that everything in the film is a narrative, just not a fictional one. This is not to say that the emotions on the screen are dishonest, but the audience is only allowed to see the emotions that Taylor Swift allows them to see.”

Judy Berman (Time): “The cursory, unfocused, overly stage-managed but occasionally fascinating ‘Miss Americana’ is, more than anything else, the story of how a pop star stopped worrying and learned to speak her mind … Wilson’s effort to recount how her subject became the brave, new, outspoken Taylor is undermined by the fact that she’s allowed to sidestep some obvious questions.”