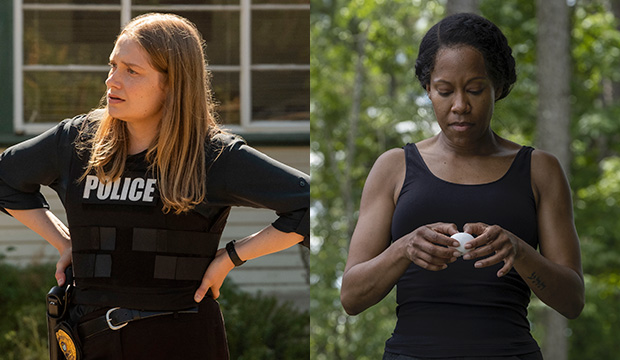 “Unbelievable” and “Watchmen” topped Thursday’s 36th Television Critics Association Awards nominations with four bids each, including Program of the Year.

The two limited series will vie for the top honor against “Better Call Saul,” “Mrs. America,” “Schitt’s Creek” and “Succession.” Those four shows have the second most nominations at three apiece.

“Watchmen” and “Unbelievable” are also shortlisted in the movie/miniseries race alongside “Little Fires Everywhere,” “Mrs. America,” “Normal People” and “The Plot Against America.”

Last year, “Fleabag” dominated the TCA Awards en route to the Emmys, sweeping the comedy field (creator/star Phoebe Waller-Bridge won acting) and snagging Program of the Year, so we’ll definitely have new winners in those categories. The comedy series nominees are “Better Things,” “Dead to Me,” “The Good Place,” “Insecure,” “Schitt’s Creek” and “What We Do in the Shadows.”

The Outstanding New Program field features “The Great,” “The Mandalorian,” “The Morning Show,” “Never Have I Ever,” “Watchmen” and “Zoey’s Extraordinary Playlist.”

HBO leads all networks with 16 nominations, followed by Netflix with 10 and seven for FX/FX on Hulu.

Winners, along with recipients of the Career Achievement and Heritage Awards, will be announced late summer, as the summer TCA tour, during which the awards ceremony takes place, has been canceled due to COVID-19.

Mark Ruffalo, “I Know This Much Is True” – HBO

Christina Applegate, “Dead to Me” – Netflix

OUTSTANDING ACHIEVEMENT IN NEWS AND INFORMATION

OUTSTANDING ACHIEVEMENT IN MOVIE OR MINISERIES

“The Plot Against America” – HBO

“Never Have I Ever” – Netflix

PROGRAM OF THE YEAR