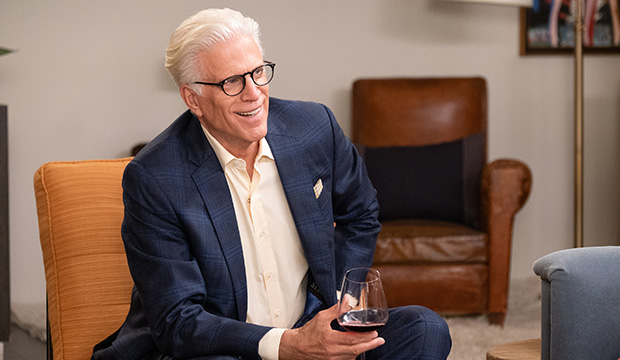 A whopping 24 of Gold Derby’s 25 Emmy Experts predict yet another nomination this year for Ted Danson (“The Good Place”) in Best Comedy Actor. Of those two-dozen prognosticators from major media outlets, six think the legendary TV actor will actually win: Jen Chaney (Vulture), Eric Deggans (NPR), Ed Martin (Media Village), Lynette Rice (Ent. Weekly), Ben Travers (Indiewire) and Matt Webb Mitovich (TVLine). It wouldn’t be the first time Danson prevailed for his show’s final season — after all, he did the exact same thing with “Cheers” in 1993.

Danson was nominated seven times for “Cheers” for his role as bartender Sam Malone (1983-89) before finally winning in 1990. He then had two more losses (1991-92) prior to his 1993 victory for the show’s final season. The beloved actor returned to the lead actor category in 2018 and 2019 as a demon named Michael on “The Good Place,” losing to Bill Hader (“Barry”) both times. However, Hader is not eligible this year as “Barry” is currently on an extended hiatus.

A leading 18 Emmy Experts believe that the man most likely to take advantage of Hader’s absence will be Eugene Levy (“Schitt’s Creek”). This would be Levy’s second consecutive nomination for playing businessman Johnny Rose on the last season of Pop’s red-hot comedy series. Not only is Levy predicted to win, but so is his costar Catherine O’Hara in Best Comedy Actress and the show itself in Best Comedy Series.

The final Expert is going rogue in her Emmy predictions. Jazz Tangcay (Variety) chooses Michael Douglas (“The Kominsky Method”) to win just one year after prevailing at the Golden Globes for his role as an acting coach. This would be Douglas’ second Emmy following his 2013 victory for “Behind the Candelabra.”

In the critically acclaimed series finale of “The Good Place,” Danson’s character Michael feels the agony of loneliness after his favorite human test subjects — Eleanor (Kristen Bell), Chidi (William Jackson Harper), Tahani (Jameela Jamil) and Jason (Manny Jacinto) — ultimately decide to leave the afterlife. Eleanor manages to convince the Judge (Maya Rudolph) to let Michael live on earth as a human, which serves as the touching last scene. “Take it sleazy,” says the demon-turned-human as the final credits roll.