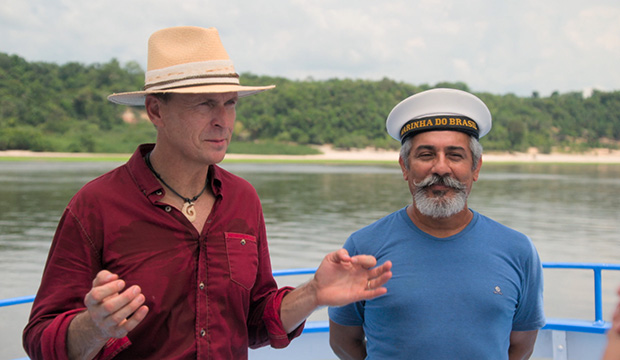 “The Amazing Race 32” may have just premiered two weeks ago, but it’s already on the move. As previously announced, the show will shift up an hour this Wednesday to 8/7c, which will be its regular timeslot for the remainder of the season.

“Race” has been airing at 9/8c since its Oct. 14 premiere, leading out of “Big Brother 22,” but the two shows will swap slots on Wednesday as “Big Brother” will wrap up its second all-stars installment with a two-hour finale starting at 9/8c.

After getting pushed from the spring to the fall due to COVID-19, “Race” was slated to inhabit the Wednesdays-at-9 slot in the fall, but CBS moved it up to 8 p.m. in July because “Survivor” has been unable to film Season 41 because of the pandemic (Season 32 of “Race” filmed in November and December 2018, while its 33rd season shut down production earlier this year). The series just had to deal with a teeny overlap with “Big Brother,” but now you and your DVR can settle into the 8 p.m. slot.

SEE ‘The Amazing Race’s’ Kellie and LaVonne on their terrible taxi luck: ‘Imagine the worst case and triple that’

Wednesday’s episode takes the top nine teams to Manaus, Brazil, where the Double U-Turn is awaiting them. Don’t forget that the Yield is still around (though it probably won’t be on this leg), making its first appearance for the first time since Season 11, so this is the first time that the Yield and the U-Turn will be featured in the same season.