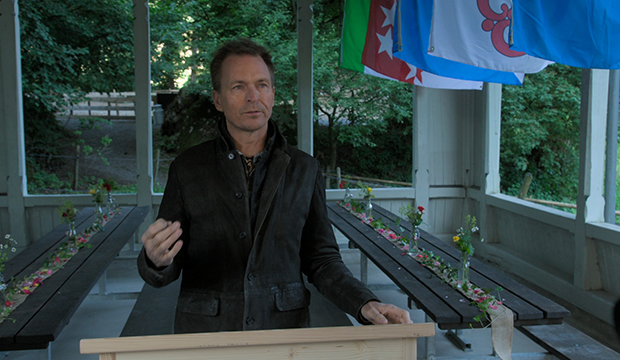 Adjust your calendars: “The Amazing Race” has a new timeslot. Again. But it’s good news this time because it’s arriving earlier: Season 32 will air in the fall on Wednesdays at 8/7c, moving up an hour, CBS announced Tuesday.

“Race” will take over “Survivor’s” usual timeslot as the granddaddy of all reality shows has been pulled from CBS’ fall lineup because Season 41 has not been filmed yet due to COVID-19. “Survivor” producers “are continuing to work with officials in Fiji on the appropriate time to start production on its next edition, with health and safety matters the top priority for everyone involved,” the network said.

“Survivor” halted production on Season 41 earlier this year because of the pandemic (as did the 33rd season of “The Amazing Race”), but CBS was hopeful its shows would be able to resume production this summer when it unveiled its optimistic fall schedule in May.

Season 32 of “Race” — which finished production in December 2018 — was slated to lead out of “Survivor” in the 9 o’clock slot, followed by “SEAL Team.” “SEAL Team” will now shift into the 9 o’clock hour, while “S.W.A.T.,” which was targeted for midseason, will air in the 10 o’clock slot.

This is the third timeslot the long-delayed 32nd season of “Race” has had. It was originally scheduled to launch on May 20 in “Survivor’s” vacated slot after the “Winners at War” finale, but CBS soon pushed it until the fall to ensure content for air, making the 10-time Best Competition Program champ ineligible at the Emmys for the first time.

SEE Phil Keoghan on when ‘The Amazing Race’ can resume production: ‘We’ve got to bring that line down’

“Race” host Phil Keoghan‘s new show “Tough as Nails” currently airs Wednesdays-at-8, so this will be a smooth transition when “Race” finally hits the airwaves. Keoghan thanked fans and the Season 32 cast for their patience.

“#AmazingRace fans and cast of #TAR32 thank you SO much for your patience during this extremely challenging time,” he tweeted. “I know we have tested your resolve but the entire @AmazingRaceCBS team can’t wait to get your show back on air! #TheWorldisWaitingForYou”

CBS will announce premiere dates at a later date.

#AmazingRace fans and cast of #TAR32 thank you SO much for your patience during this extremely challenging time. I know we have tested your resolve but the entire @AmazingRaceCBS team can't wait to get your show back on air! #TheWorldisWaitingForYou https://t.co/tprGCcWJgj