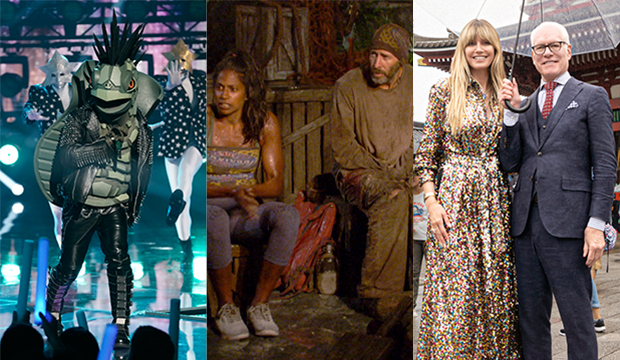 For the first time, “The Amazing Race” will miss an Emmy cycle, as the long-delayed 32nd season won’t air until the fall. The show has been nominated every year — 17 times — since the Best Competition Program category was created in 2003, winning a record 10 times, including the first seven. Let’s have a moment of silence for the end of an era.

OK, that’s done. Onto important matters: Which lucky show will be the one to take “Race’s” slot? Vote below!

Last year, “Race” was up against “American Ninja Warrior,” “Nailed It!”, “Top Chef,” “The Voice” and winner “RuPaul’s Drag Race,” which nabbed its second straight statuette. Let’s assume these five shows will return for efficiency and also because voters are notoriously lazy in this category (only four shows, “Race,” four-time winner “The Voice,” “Drag Race” and 2010 champ “Top Chef” have ever won). “Nailed It!” was a pleasant surprise last year, bumping out 14-time nominee “Project Runway.”

Could “Project Runway” return now? Or perhaps another old stalwart that has never won, like 11-time nominee “Dancing with the Stars” (last nominated in 2016), nine-time nominee “American Idol” (not nominated since 2011, but it was off the air from April 2016 until March 2018), five-time nominee “So You Think You Can Dance” (2011-15) or four-time contender “Survivor,” which hasn’t been shortlisted since 2006? Of these, in terms of buzz and quality, “Survivor” arguably should make a long-awaited return, coming off a hyped all-winners and landmark 40th season.

But the thing about this category, however, is that even though voters are creatures of habit here, once they are done with you, they are done for good. No show that has been dropped when eligible (versus a forced absence from ineligibility) has been able to return yet.

So advantage new shows and never-nominated contenders. Last year, “The Masked Singer,” the breakout hit of the season, was predicted to get in, but came up short (it was in fifth in our odds; “Nailed It!” was in 12th). The second time might be the charm with “Race” gone; the delightfully silly costumed singing competition is still as big as ever, has two seasons in contention and got the coveted post-Super Bowl slot.

There are also shows that have been nominated for the host Emmy but haven’t been up for the series prize yet, like “Ellen’s Game of Games” and “Making It.”