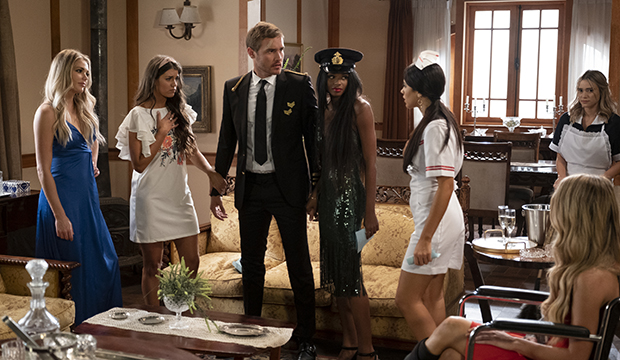 Hope you’ve sufficiently recovered since Monday because this is your reminder that “The Bachelor” is airing a second episode this week on Wednesday, Feb. 5 at 8/7c on ABC.

This installment will only be two hours, as opposed to Monday’s three, but that’s probably a good thing after all the insanity that unfolded on Monday’s episode in which six women went home and that culminated with Peter Weber, with Chris Harrison as his proxy, canceling the cocktail party after Tammy and Kelsey interminable fight over mental breakdowns and drugs and crying or whatever. Hard to keep track.

Wednesday’s episode will follow Peter and his 1o remaining ladies — Tammy, Kelsey, Hannah Ann, Kelley, Madison, Mykenna, Natasha, Sydney, Victoria F. and Victoria P. — to Santiago, Chile. Among the shenanigans in this outing: The group will film a telenovela dubbed “El Amor de Pedro?”, one of the women reveals to Peter that she’s never been in love before, and another gets annoyed when one woman gets a second one-on-one date while she’s still waiting for her first. You know, maybe he’s just not that into you.

And then, finally, there’ll be the dreaded two-on-one date, which ABC’s teases as: “Two feuding females square off one last time as the recipients of a dreaded impromptu two-on-one date card. Who will stay and who will go?” Honestly, the only twist that would be worth it is if Peter keeps both of them. But given how wackadoo his decisions have been, he’ll probably instantly regret that and then randomly cut, like, four ladies.

“The Bachelor” airs its special episode Wednesday at 8/7c. The next regularly scheduled episode will be on Monday, Feb. 10 at 8/7c.