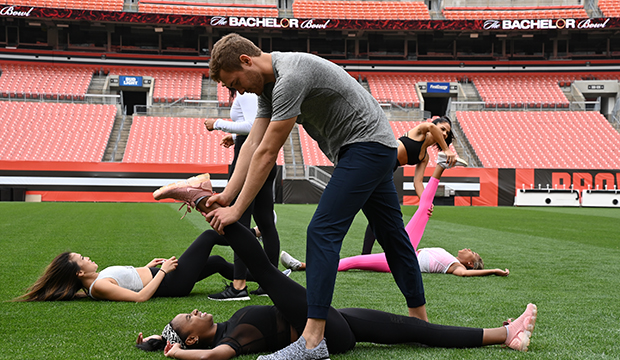 If you thought this week’s drama with Chase Rice and Alayah‘s return weren’t enough on “The Bachelor,” well, get ready for double the drama and quintuple the tears next week because there will be two episodes on Monday and Wednesday, ABC has announced.

Episode 5 will air in the show’s regular timeslot on Monday, Feb. 3 at 8/7c and is three hours long. In it, Peter Weber and his gals head to Costa Rica, which is where he suffered that “freak accident” that left him with 22 stitches on his forehead in October. Oh, and of course, this episode will also cover the fallout from him letting Alayah return to the show after she got eliminated in the previous episode. There’s also a swimsuit photo shoot for “Cosmopolitan” and “one struggling woman decides on a make-or-break scheme to convince the Bachelor to give her a rose,” per the press release.

One controversial woman tries to defuse her situation by sneaking over to Peter’s suite before the next rose ceremony. What will she say to Peter and will he believe her? Peter is confident in his decisions this week, abandoning the cocktail party, but that doesn’t stop two of the bachelorettes from pushing the panic button and asking to talk to him before the roses are handed out. Before one frustrated woman leaves, she drops a bombshell warning, making Peter wonder if his worst nightmare is coming true.

SEE ‘The Bachelor’ Episode 4 recap: Victoria F. has a case of the ex, while Peter pisses off the ladies

You won’t even have time to recover from that because the sixth episode will air on Wednesday, Feb. 5 at 8/7c and will be two hours long. Filmed in Santiago, Chile, the dreaded two-on-one date will rear its head and Peter will be forced to choose between “two feuding females” (what else is new this season?). The ladies will bicker some more during a shoot for their own telenovela, “El Amor de Pedro?”

One thing’s for sure, no matter who gets a rose and who goes home, Peter will yet again be confused about everything.