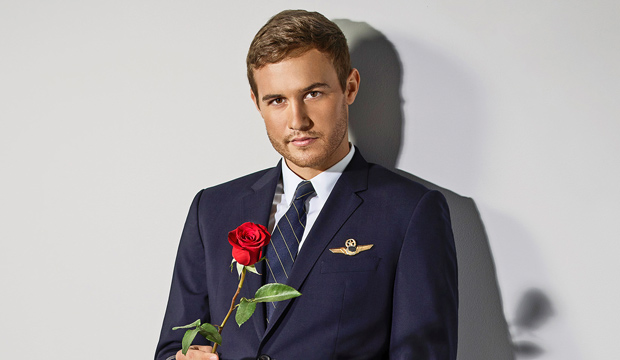 Pillow fights, flying feathers, lingerie, line dancing and a mechanical bull had Pilot Pete feeling good in Week 3 of “The Bachelor” Season 24, but he walked away with serious doubts in the surprising aftermath of the final rose ceremony. Check out our recap below, which aired January 20 on ABC.

One week after being caught in the middle of Champagne-gate between Kelsey (a.k.a. Champagne Girl) and Hannah Ann, Peter Weber was rocked by Pageant-gate, set in motion by the calculating Sydney determined to make sure Alayah, a former pageant queen, was called out for pageant-esque behavior she felt was fake and insincere. Alayah had been flying under the radar, but “The Alayah Show” was in full effect this week, growing by leaps and bounds by the time she battled Sydney in the playful final round of “Demi’s Extreme Pillow Fight Club” (“The Bachelor” favorite Demi Burnett offered a fun guest appearance complete with megaphone).

SEE When will we finally have a black ‘Bachelor’? ‘You will continue to see more diversity,’ ABC boss promises

Alayah being crowned “Queen of the Bedroom” on the group date was the last straw for Sydney, who pulled Peter aside that evening for a heart-to-heart single-handedly putting Alayah on the spot as the new villain. Once Alayah had another chance to clear the air with Peter at an impromptu pool party, all seemed well until Victoria P. dropped a bombshell. She told Peter she knew Alayah before they entered the house as former Miss USA contestants, but Alayah wanted their relationship to be kept secret, especially from the producers. This news was too much for Peter to bear and basically sealed Alayah’s fate. Even so, after Peter second-guessed his decision to producers, Alayah will be back next week in what will surely be a jaw-dropping return. Sydney and Victoria P. better watch out!

Here’s how the contestants are shaping up after Week 3, broken down into three tiers:

Hannah Ann: Still riding the wave of momentum from her fabulous runway performance and bags of swag last week, she remains the frontrunner. With Champagne-gate behind her, she can finally stop crying to Kelsey and refocus her attention on Peter, who can’t get enough of her.

SEE ‘The Bachelorette’ fans want Mike Johnson to be the next ‘Bachelor’: He’d be ‘amazing’! [POLL RESULTS]

Victoria P.: Her upbeat boot scoot one-on-one date allowed viewers to see her lighter side, but she also stirred emotions revealing painful details of her troubled family history. The fact that she told the truth about Alayah was also huge, allowing Peter to view her as one of the most trustworthy women in the house. In some ways, it doesn’t get any better than that.

Sydney: Practically wallowing in obscurity until this week, she’s clearly on top thanks to her detective skills. If Peter decides to regularly ask her advice from here on out, her profile will continue to rise.

Madison: Let’s face it. When she was invited to meet Peter’s parents at their vow renewal ceremony, it was proof she would be uniquely set apart from the pack. She faded into the background this week, but that’s not too detrimental at this point.

Kelley: The unfair advantage of having known Peter prior to production continues to work in her favor whether you like it or not. Still, it was good to hear her admit being on the show was out of her comfort zone, offering the kind of vulnerability that will keep audiences interested in her rather than infuriated with her.

Due to the drama surrounding Pageant-gate, Kelsey, Natasha, Lexi, Victoria F., Tammy, Savannah and Mykenna didn’t have any wow moments, particularly Natasha who isn’t afraid to speak her mind which is a plus. Even so, Tammy scored points for getting Peter to realize she’s not just friend material, and Lexi’s suspicions of Alayah’s behavior (“her voice goes up five octaves”) was a hoot.

Shiann, Deandra and Kiarra are barely hanging on, especially Shiann who has been one of the most emotional contestants since the premiere. It’s been tough for them to be bolder as the pressure of the competition heats up. If they don’t try harder to make a move, it could be the end of the road for this trio.

'The Masked Dancer' Season 1: Everything To Know