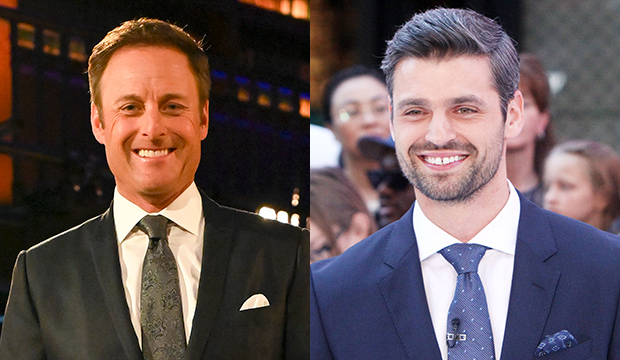 Last week, former “The Bachelorette” star Peter Kraus revealed why he turned down “The Bachelor” (three times). Among the reasons: Producers allegedly denied his request for relationship counseling. But that can’t be accurate, according to Chris Harrison, because contestants do get it.

“Well, they do get that,” Harrison told “Entertainment Tonight.” “Everybody has access to that.”

During an interview on “The Ben and Ashley I Almost Famous” podcast, Kraus said he rejected the opportunity to headline Season 22 of “The Bachelor — which eventually starred Arie Luyendyk Jr. — three times after producers approached him following his runner-up stint on Rachel Lindsay‘s season of “The Bachelorette.” The personal trainer, who had just started talking to a possible new love interest and didn’t feel he could guarantee a proposal on the show, denied that money was the primary reason things didn’t work out, stating that he and producers could not agree on his request for relationship counseling toward the end of the season and afterward.

However, Harrison doesn’t believe Kraus was deep enough into negotiations to have made any kind of request. “It is normal for us to have multiple candidates coming in,” he shared. “First of all, we have to find who is available and who is really sincere, and we bring them in for interviews. There is a vetting process that goes all the way up to the top of the network, so there is a lot that goes into it, instead of ‘Hey, Peter, you want to be the Bachelor? Great, come on!'”

Nevertheless, the host doesn’t hold anything against Kraus or anyone for turning down the show for whatever reason. “I have heard a lot of people say they turned it down or they did this,” Harrison said. “Great, good on you. I am all behind you — whatever floats your boat.”