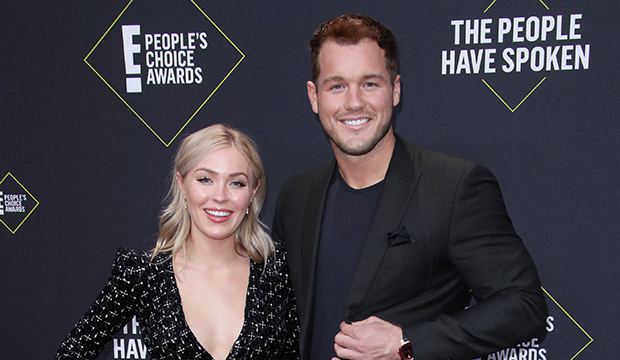 Colton Underwood and Cassie Randolph are one of just two final couples from “The Bachelor” who are still together — but that wasn’t the case for an incredibly short time last year.

In his new memoir, “The First Time,” excerpted by “People,” Underwood — who’s been self-isolating and convalescing at Randolph’s parents’ house after his coronavirus diagnosis — reveals that the pair split last August, five months after the Season 23 finale.

“To put it very frank, after the show, we realized we weren’t communicating as well as we once did,” he writes. “Nobody was forcing us to talk about real things going on, so we let a lot of things build up.”

He adds: “In a weird way, I kind of broke up with myself. I was like, I feel like we need to figure this out and in order to do that, we need space. She agreed. So it was a mutual thing.”

But in an inverse of Peter Weber and Madison Prewett‘s split two days after the Season 24 finale, Underwood and Randolph reconciled two days later. “It was like, ‘I miss you!'” he says. “It was a very real and very emotional breakup, but it was also very good to be real and emotional because it forced us to have conversations and move on. Now, we know the flags to look for. When issues start to creep up, it’s like, let’s go have a conversation. We’re trying to be more transparent and honest and really trust each other.”

Now, the couple is stronger than ever and have “so much hope” about their future. Underwood was one of the few Bachelors to not propose to his chosen lady on the finale, but don’t be surprised if he puts a ring on it soon. “If she were here, she’d nudge me for saying this, but I think an engagement is something we’d both like to see this year,” he shares. “No matter what, I don’t want my life without her. Our relationship hasn’t always been easy, but it’s been worth it.”