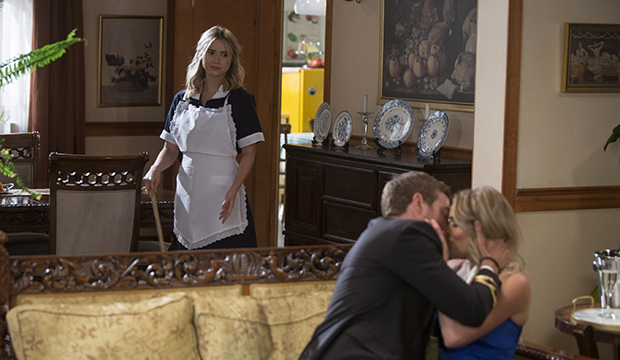 Peter Weber and the remaining 10 women traveled to Santiago, Chile, on Wednesday’s episode of “The Bachelor” for what ultimately became a series of meltdowns, showdowns and surprising exits.

In the calm before multiple storms, Peter gave frontrunner Hannah Ann the first one-on-one date. After a cutesy stroll through the city, it was time to get serious. Peter has been smitten with Hannah Ann since the very second she stepped out of the limo in Week 1, but he finally revealed deep concerns, specifically about their age difference. He’s 28 and she’s 23. Is she too young to really consider becoming his wife? After all, he’s made it clear he’s not looking for someone to be his next girlfriend.

Things worsened when Hannah Ann admitted she had never been in love despite a previous three-year relationship. Nevertheless, after they each did some soul-searching, particularly Hannah Ann who was at her most vulnerable so far this season, Peter gave her a rose with the hope she’ll stop giving him “perfect answers” and work toward being more authentic and open instead.

At the cocktail party, Peter romantically reconnected with Kelsey and Madison, but in a shocking turn, he sent Victoria P. home after she questioned where they stood following the Alayah debacle. Admitting their relationship had fallen off since their first date, he ultimately told her he just didn’t see her as his wife, which of course startled her and brought her to tears. At the end of the party, he gave Madison the rose.

The second one-on-one date went to Victoria F. A relaxing day in the countryside proved beneficial, considering the last time they were together they had to awkwardly deal with country star Chase Rice, Victoria’s ex. Even so, at dinner, Peter questioned Victoria’s emotional walls threatening to sabotage their relationship. Totally distraught, she escaped to a restroom to sob, but once she returned, he gave her a rose despite the fact that he’s worried about her intentions.

The episode climaxed with the ongoing drama between Tammy and Mykenna, which became so loud and spiteful that Peter had no choice but to give them the ominous two-on-one date. Tammy, fighting for her life, having been accused by Mykenna of being this season’s villain, pulled no punches. She told Peter that Mykenna packed her bags before the group date and had even begun to turn the entire process into her own show to boost her career. When Mykenna pled her case, she accused Tammy of “twisting things.”

In the end, Peter believed Mykenna’s truth and sent Tammy home. However, at the rose ceremony, he surprisingly eliminated Mykenna, and even more shockingly, Sydney, who seemed to be soaring among the pack based on her chemistry with Peter in Costa Rica.

Next week, it’s off to Lima, Peru! With Kelsey, Kelley and Madison on the rise, Natasha flying under the radar, and Victoria F. on shaky ground, anything can happen.