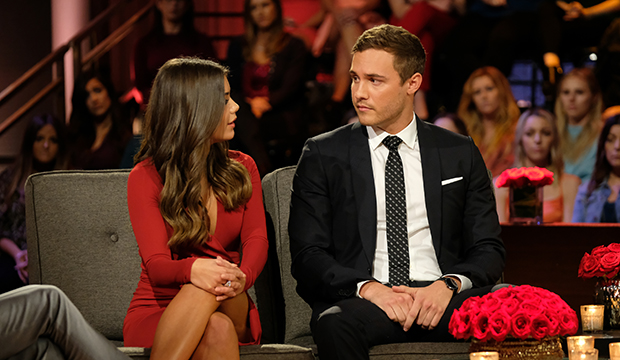 Hannah Ann Sluss did not win “The Bachelor” (well, she did for a hot second), but she did win Bachelor Nation’s hearts with her verbal murder of Peter Weber on Tuesday’s finale, and she stays winning with her Instagram game.

On Wednesday, Hannah Ann threw a whole lotta shade at Pilot Pete, posting a glam shot of herself dressed in pilot gear and brandishing goggles. The caption: “Flyin’ solo… no turbulence accepted. PERIOD.” You really have no choice but to stan.

Hannah Ann came out looking the best from Tuesday’s wild finale. After accepting his proposal in Australia, which was taped in November, she broke up with Peter a little more than a month later when he admitted that he was still “struggling” with his feelings for Madison Prewett and wasn’t “able to give” Hannah Ann everything she wanted. She scolded him, handed back her engagement ring and did this:

But the good stuff came on the live “After the Final Rose” on Tuesday, during which she called out Peter for his indecisiveness (honestly, imagine being a passenger on a flight Peter is piloting with his decision-making abilities), downplaying his feelings for Madison when he proposed, and then went for the dagger when Chris Harrison let her have the final word.

“Peter, we’ve been through a lot together, and I should have really picked up on the first red flag to give to me, when you wanted to reach out to Hannah Brown to find closure with her. So looking back on it, our engagement involved three women: me, you still being in love with Madison and proposing to me, and your need for closure with Hannah Brown. That is three women involved in our engagement,” Hannah Ann lambasted him to a round of applause, including from her No. 1 fan, Peter’s mom Barbara. “So a word of advice, if you want to be with a woman, you need to become a real man.”

A legendary “f— off” if we’ve ever seen one.