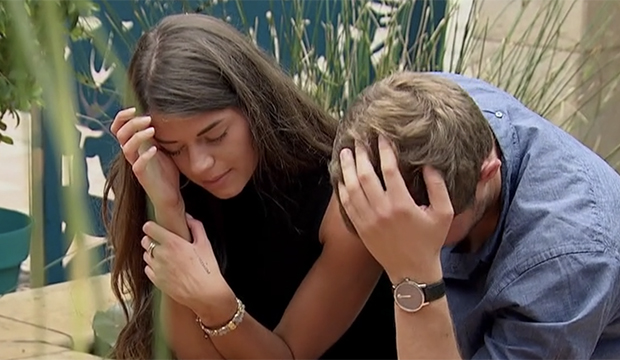 And that’s all she wrote? Nah.

On Part 1 of “The Bachelor’s” two-night finale on Monday, Peter Weber and Madison Prewett had a lengthy, emotional conversation before she met his family. During their chat, it became clear that there was more to pay attention to than just what they were saying because Madison had something scrawled on the outside of her left hand near her thumb.

Eagle-eyed Bachelor Nation fans were on it:

Awhat is writTEN ON MADISON HAND WHO SAW IT

TWITTER FAM: what is written in sharpie on Madison’s hand??????

What was written on Madison's hand?!?! #Thebachelor haha

Did Madison write “proverbs” on her hand in pen?

Why, yes, she did write “Proverbs,” which is a book in the Old Testament, though it’s unclear what numbers she had written next to it. 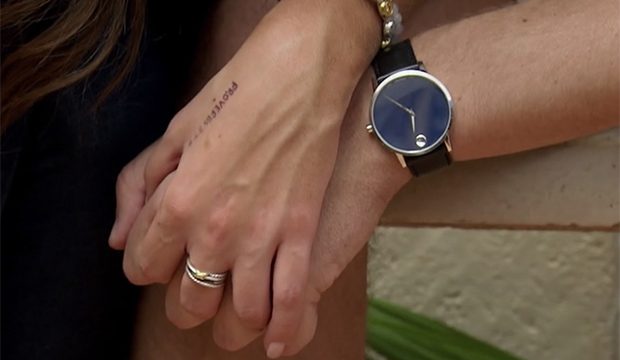 Madison, whose faith has been a major storyline this season (and in the last two weeks), currently has a Bible verse in her Instagram profile bio that reads, “Love greatly, be a voice for the voiceless, and always stand up for what you believe in — Proverbs 31:8 | Romans 5:8.”

The 23-year-old, who is saving herself for marriage, self-eliminated on Monday’s episode after a no-so-great meeting with Peter’s mom and realizing that she and Peter have incompatible “lifestyles,” referring to him sleeping with Hannah Ann Sluss and Victoria Fuller during fantasy suites week after she had told him she wouldn’t be able to continue their relationship if he did.

But that won’t be the last we see of Madison. The preview for Part 2 teased her comeback, with Chris Harrison asking her, “So you regret what you did?” Her answer: “Yeah.” We already knew it wasn’t completely over between Madison and Pete via Reality Steve, but this adds a whole other level of drama to things.

Even Peter doesn't know how it all ends. Watch #TheBachelor Finale tonight at 8|7c on ABC. pic.twitter.com/p1RcgxadMX

Part 2 of the “Bachelor” finale airs Tuesday at 8/7c on ABC.