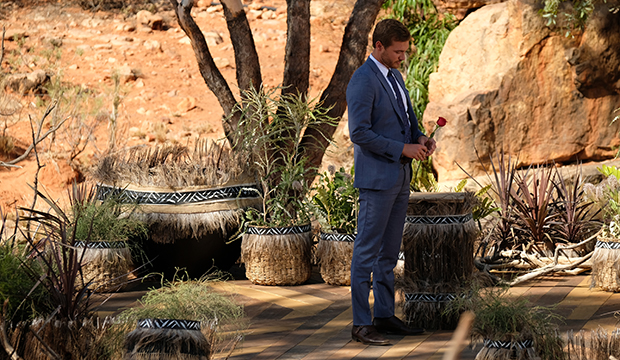 As Chris Harrison teased at the end of Monday’s “The Bachelor,” Peter Weber‘s mom, Barbara, will be back on Part 2 of the finale on Tuesday, so gird your loins when you watch this sneak peek below.

In the clip, via “People,” Peter arrives home update his family on his choice or more specifically, all the sh– that went down since he last saw them. It’s been a week since their Australian adventure, so Barb, Peter Sr. and his brother Jack have no idea that Madison Prewett self-eliminated following her testy conversation with Peter’s mom.

“I’m just on pins and needles right now,” Peter Sr. says. “I hope we see the happy ending that we all have been hoping for.”

When Peter walks in, Barbara immediately bursts in to tears. Has anyone cried more in two episodes on this show than Barbara has? “Tell us!” she exclaims.

“I just wanted to see you guys in person and talk, obviously, about what happened,” Peter opens, as Barb’s patience runs on fumes. “When I was able to see you guys out in Australia, I listened to every word that you said. But it’s been tough. I knew that at the end of the day, if I follow my heart, then you guys, I know, would back me up and be happy for me.”

It’s a long setup, but necessary given what happened, not just with Madison walking away from the show, but his family’s — namely his mom’s — preference for Hannah Ann Sluss over Madison. After seemingly disregarding Madison’s values and premarital sex stance in Monday’s episode, Barbara told her son that she wanted him to pick Hannah Ann — “Bring her home to us!” — and that Madison is “not there for you, bud.”

“I had all this hope that I would be able to really start a beautiful relationship,” Peter continues in the sneak peek before Barbara abruptly cuts him off, pleading, “Who is it?!”

TBD, of course. But Pete has a lot to explain, from Madison’s exit to her return, as she tells Harrison in the preview that she regrets leaving. Imagine the whiplash of emotion Barbara will feel when he drops those bombs. That’s probably what she’s sobbing about in the promo.

Even Peter doesn't know how it all ends. Watch #TheBachelor Finale tonight at 8|7c on ABC. pic.twitter.com/p1RcgxadMX

Part 2 of the “Bachelor” finale airs Tuesday at 8/7c on ABC.