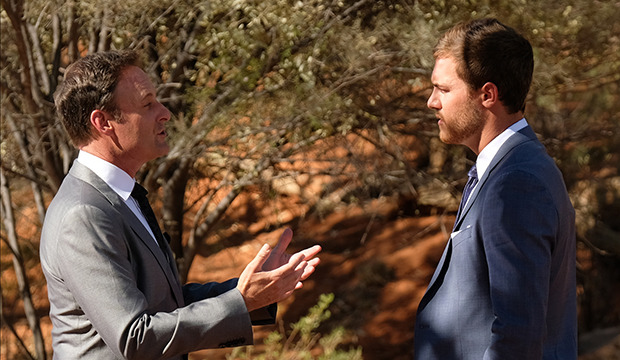 We are so close to finding out what the hell happens on “The Bachelor” so we can finally stop hearing about how no one knows how this season ends — all together now — not even Peter Weber himself. But in the interest of stoking curiosity and trolling us all, TPTB are still leaning into one major conspiracy theory: that Peter ends up with his producer Julie LaPlaca.

“I can’t really comment,” Rob Mills, ABC’s head of alternative programming, told our sister site “Variety.” “He is very, very close to her. She’s the producer who is sort of his day-to-day producer, so she’s there with him, and she knows Peter very well and knows his family very well. … They’re all very fond of her. That is all I will say.”

Such incredible word choice. We see you, Rob. Mills previously fanned the flames by neither confirming nor denying the rumor when it first surfaced last month. Host Chris Harrison has gotten in on the fun too, posting a cheeky Instagram photo of him and the supposed happy couple, and then saying that Peter and Julie have “an intimate relationship,” and “sometimes those lines get blurred.”

But if you’ve kept up with all the deets that Reality Steve has learned about the finale, then you know that Peter is not with Julie.

“You really have to watch it live because there’s no way to find out what is going to unfold unless you watch it,” Mills said of the finale. “Nobody knows — not even Peter.” That lends credence to the theory that Peter will propose live  on “After the Final Rose” and doesn’t know if his chosen one will accept or not. “I think there is probably one of two things that potentially can happen. I know the possibilities, but I don’t know the outcome,” Mills added.

Though production on the season wrapped in November, Peter’s love journey was far from over, so cameras kept rolling to capture all the drama — not unlike how the show filmed Arie Luyendyk Jr. breaking up with Becca Kufrin after changing his mind on Season 22.

“A lot of stuff went down since November when we finished filming, and even now, still up to the minute, it will be live on the show. Honestly,” Mills shared. “Things keep unfolding in real time after filming stops.”

“The Bachelor’s” two-part finale will air Monday and Tuesday at 8/7c on ABC.