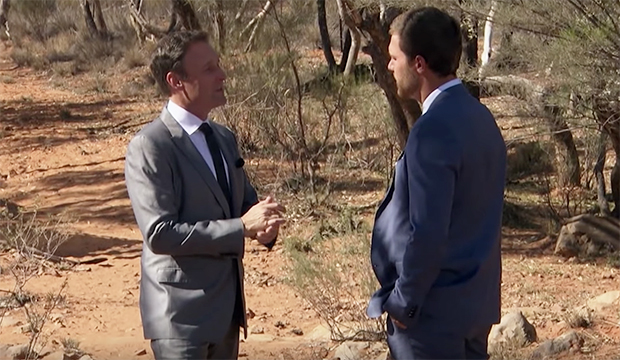 Are you sick of hearing how absolutely no one — not even Peter Weber himself — knows how this season of “The Bachelor” will end yet? Well, that statement is no longer true (ish), because Reality Steve now has confirmation as to what goes down on the two-part finale.

In a blog post on Thursday, the spoiler maven shared that he finally got confirmation himself last Tuesday night and further updated them on Monday. Last week, Reality Steve pieced together what he believes happened from various bits of info he’s been told, and the confirmation still supports all of that. So to recap: Madison Prewett self-eliminates before the final rose ceremony, leaving Hannah Ann Sluss as the default “winner,” but Peter does not pick her. Instead, he tried to win back Madison after the show, and Reality Steve last week was unsure as to the status of their relationship, but he believed they were dating but not engaged.

Now, he’s able to fill in some of the major blanks and correct some speculation. Though he initially reported that once Madison leaves Australia to go home to Alabama, Peter calls off the whole rose ceremony until he can talk to Madison and doesn’t pick anyone, Reality Steve now reports that Peter did propose to Hannah Ann that day. So yeah, a default “winner.” They eventually broke up, which is the “I’m so sorry” scene in all the sneak peeks, because Peter wanted to to be with Madison. “Peter is 100% definitely not with Hannah Ann right now as I reported, nor will he somehow end up with her in the next two nights,” Reality Steve wrote. “There will be a very intense conversation with her once she’s live in studio tomorrow night I’m sure.”

Unsurprisingly, after what went down during fantasy suites week, Peter had his work cut out trying to woo back Madison in Alabama. Madison did not take him back immediately, according to Reality Steve, and her family was also less than thrilled about that prospect.

Reality Steve is still unclear as to where Peter and Madison stand at the moment. “I don’t think it’s as solid as I reported on Thursday, but I also don’t think it’s dead in the water,” he said, referring to other sources telling him that Peter will propose on “After the Final Rose” but doesn’t know if she would accept (he’s all the “even Peter doesn’t know how it ends” teases). “Maybe they are solid and he’s gonna propose tomorrow night. Maybe not. That’s gonna be what we’re all waiting for.”

So there ya go, the “Bachelor” finale has finally been spoiled.

The two-part closer will air Monday and Tuesday at 8/7c on ABC.