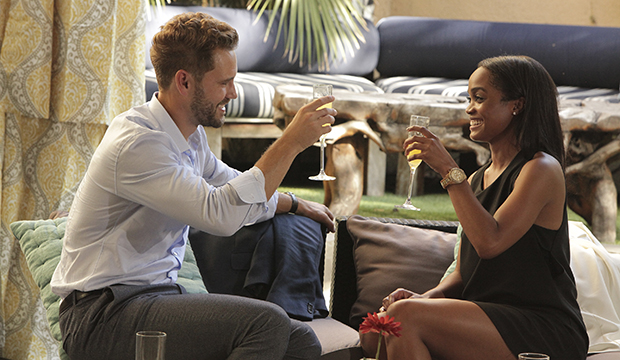 If you’re looking forward to new episodes of “The Bachelor: Greatest Seasons — Ever!”, you’re in tough luck for the next two weeks. The retrospective series is off on Monday, Aug. 17 and Monday, Aug. 24 — and with good reason.

The Democratic National Convention is this week, while the Republican National Convention is next week, so “The Bachelor: GOAT” will take a breather as ABC covers both, starting at the 10 p.m. ET hour from Aug. 17-20 and Aug. 24-27. From 8-10 p.m., ABC will air repeats of “Holey Moley: The Sequel” and “To Tell the Truth” on both Mondays.

As previously announced, “The Bachelor: GOAT” will return on Monday, Aug. 31 at its regular time of 8/7c with a new episode featuring Nick Viall‘s stint as the Bachelor. Viall’s three-hour trip down memory lane is the penultimate episode of the series, as 10 episodes were originally planned. The final episode has not yet been announced.

It’s probably a blessing in disguise for the show to be off for two weeks with “The Bachelorette” not only in production but undergoing a huge shakeup as Tayshia Adams has replaced Clare Crawley as the lead after the latter fell hard for one suitor. And then there’s Chris Harrison, who has to re-quarantine for two weeks after leaving the “Bachelorette” bubble in La Quinta, California, to drop his son off at college in Texas last week. Former Bachelorette JoJo Fletcher, whose season was spotlighted in the fourth episode of “The Bachelor: GOAT,” will fill in for Harrison while he quarantines.