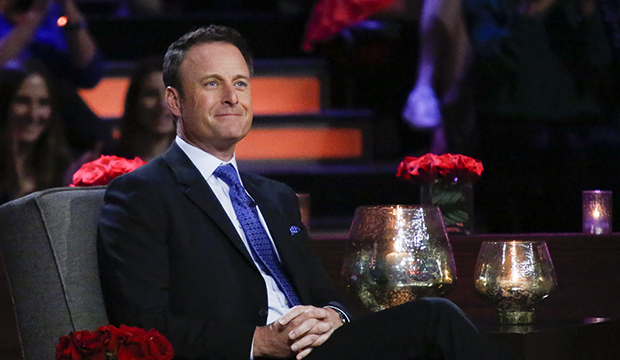 If you’re expecting your weekly installment of “The Bachelor: Greatest Seasons — Ever!” on Monday, you’re outta luck: The clip show is off on July 13.

As previously announced, “The Bachelor” is ceding the time slot to “CMA Best of Fest,” which is another retrospective show highlighting the top 25 performances of the last 16 years of the CMA Fest. “The Bachelor” will return next week with with an installment recapping Brad Womack‘s double stint as the Bachelor on Seasons 11 and 15.

However, the following Monday, July 27, will be a rebroadcast of Sean Lowe‘s episode. This is likely because the franchise is currently gearing up to shoot Season 16 of “The Bachelorette” at the moment.

Created in the wake of “The Bachelorette’s” coronavirus-induced postponement, “The Bachelor: Greatest Seasons — Ever!” has aired five of 10 episodes so far, featuring the seasons of Lowe, Kaitlyn Bristowe, Ben Higgins, Jojo Fletcher, and a two-for-one special with inaugural Bachelor Alex Michel and Bachelorette Trista Sutter.

Perhaps it’s a good thing “The Bachelor: GOAT” is taking a breather for the week. After last week’s episode, Cassie Randolph took the show to task for editing her interview exclusively to be about her breakup with former Bachelor Colton Underwood.

“I’m a little irritated about a few things right now. Just watched the ‘Bachelor’ interview that aired and I feel like I’m speaking to no one. I’ve said this a million times: You guys cannot judge something that you know is edited and know nothing about,” she said on her Instagram Stories last Tuesday. “There was so much more that I talk about in that interview than just our relationship. I went on there telling them that I didn’t want to talk about and I wouldn’t talk about it. We talked about my tattoo, we talked about reminiscing on Trista’s season which was the whole point of going on, we talked about school. Believe it or not, there’s so much more to me than just my past relationship, and I think that’s why I’m annoyed. It’s just ridiculous how people can make assumptions on things they know nothing about.”

ABC has not revealed the final four episodes of “The Bachelor” yet, but keep checking back here for updates.