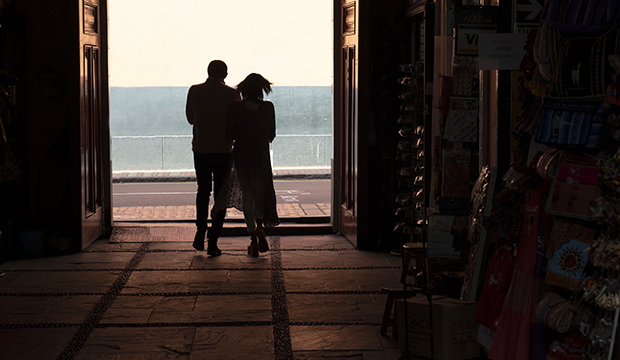 We’re finally down to the final four on “The Bachelor,” which means hometown dates. Monday’s episode will see Peter Weber jet to the hometowns of his remaining bachelorettes, Hannah Ann, Kelsey, Madison and Victoria F., and as per yoosh, things don’t go smoothly. We already know Victoria’s about to be read to filth. Here’s some of the juicy stuff you can look forward to in each visit.

Hannah Ann
According to ABC’s press release, Peter tries to win over Hannah Ann’s overprotective “lumberjack father” in Knoxville via some axe-throwing, crosscut sawing and log-splitting adventures at the Smoky Mountain Throw Down. Lots of, as my man Massimo would say, manly bonding, huh? Cool, Pete, but none of this is impressive unless you can split a log with your bare hands.

Anyway, Peter broaches the topic of the “L” word with her pops, who tells him to only say it “under one condition when it comes to his daughter.”

Kelsey
Kelsey is from Des Moines, but don’t expect a corny date here. (#sorrynotsorry) Instead, the two will crush some grapes at a winery to make their own wine — or as ABC puts it, “creating their own blend, much like capturing the distinctive qualities of their relationship.” Now that’s corny. Kelsey decides to seize the moment and tell Peter how she really feels about it. But will he crush her heart?! Oh no!

SEE Peter’s ex Merissa Pence knows ‘The Bachelor’s’ Victoria F. and she’s here to spill the tea: ‘She literally has no respect for anybody’

Madison
Madison appeals to the sports fanatic in Peter by taking him to Auburn University, where her dad is the assistant coach for the men’s basketball team. They shoot around, head coach Bruce Pearl makes an appearance, and she looks like The One until he meets her family, who realizes there are some “serious differences” between the couple. Probably that she hasn’t told Peter she’s saving herself for marriage.

Victoria F.
This is the big one ABC wants you to tune in for, which means it’ll be the last one they show. Everything’s going swell in Virginia Beach, where country star Hunter Hayes serenades Pete and Vic with “I Want Crazy,” and then an interloper ruins the fun — well, their fun; she makes it more fun for us. As teased in the promo, the mystery lady, who is 99.9 percent for sure Peter’s ex Merissa Pence, comes to deliver some bombshell revelation about Victoria to Peter. When he confronts Victoria about it, she gets defensive and testy. Shocking.

And that will bring us to the “most gripping rose ceremony yet” (sure), when Peter has second thoughts about his choices. Wow, Peter fumbling over his decisions — never would’ve guessed! That’s topped off by one of the bachelorettes, who has “serious concerns,” interrupting him to “tell him something that could change everything” (again, sure).