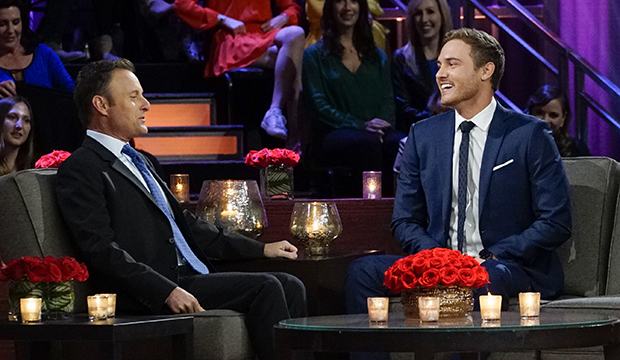 Now that Season 24 of “The Bachelor” is over and, you know, Peter Weber and Madison Prewett lasted a mere two days after the finale, everyone is free to weigh in, like Peter’s producer Julie LaPlaca.

In the frenzy to spoil Peter’s then-unspoiled season, one of the theories fans came up with was that the pilot was dating LaPlaca, who was his producer. This was based on them having spent New Year’s Eve together, which was basically a promo stop for the season premiere, hence why a producer would be with him (plus, now we know he was still engaged to Hannah Ann Sluss until the end of January). Like any good salesman, Rob Mills, ABC’s alternative programming executive, and Chris Harrison kept trolling everyone by neither confirming nor denying the rumor. After keeping quiet, LaPlaca has now said her piece — and no, she and Peter are not dating.

“Yes that was @pilot_pete in the tan jacket, no we didn’t kiss at midnight,” she posted on Instagram with a photo of them from New Year’s Eve. “But whoever ends up as his copilot for life is one lucky lady, because this guy has a heart of gold ❤️✈️”

Yes that was @pilot_pete in the tan jacket, no we didn’t kiss at midnight. But whoever ends up as his copilot for life is one lucky lady, because this guy has a heart of gold ❤️✈️ #TheBachelor

SEE Peter and Madison break up just 2 days after the ‘Bachelor’ finale, so congratulations to Barb

Not a bad way to cripple rumors from popping back up again, especially since Peter and Madison are dunzo after the shortest “Bachelor” relationship ever (not counting flip-floppers during the finale like Jason Mesnick and Arie Luyendyk Jr.).

And since the finale aired, Harrison has also definitively shot down the Julie-Pete talk. “We can categorically say that’s a big no. Julie is the producer. Nothing there,” he said on “Lights Out with David Spade” last week.

So, there ya go, everyone’s single. Well, we don’t know what LaPlaca’s status us, but Peter, Madison and Hannah Ann are all flying solo now. Though, if LaPlace were dating Peter, something tells us Barb would still like her more than she did Madison.

'America's Got Talent': See all 55 Golden Buzzers on 'AGT' through the years

'Big Brother 23' spoilers: Brent comes up with a convoluted plan that must be seen to be…

'Big Brother 23 spoilers': Xavier is ready to carry out the Week 3 plan and the target has no…