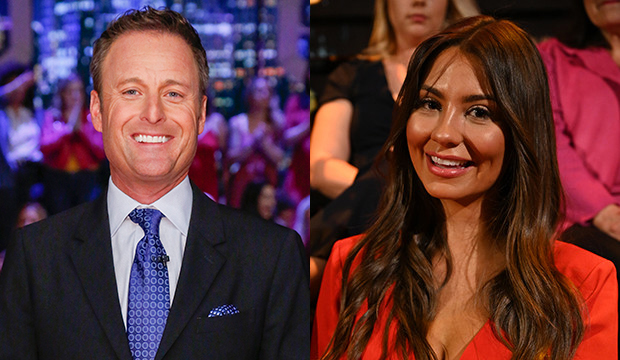 Kelley Flanagan turned heads when she asserted that “The Bachelor” producers “locked me up in a closet for three hours” to prevent her from seeing Peter Weber. Well, you better sit down for this. That didn’t happen.

Chris Harrison told “Entertainment Tonight” that he called Flanagan after he heard her claims on Ashley Iaconetti and Ben Higgins‘ “Almost Famous” podcast because, as he told her, “‘We don’t lock people in closets, so clearly you weren’t locked in a closet for three hours. What did you mean?'”

The host shared that Flanagan clarified that she was not locked in a closet and said that her comment was “taken a little bit out of context” because she was unaware that she was already on the record when she made it (rookie interview mistake). “She said, ‘That was not what I meant to say,'” Harrison revealed. “She’s like, ‘I’m so sorry that it came out that I was locked in a closet.'”

Harrison believes the lawyer was just venting her frustration about an incident in Cleveland, when she was interviewed by a producer for hours instead of getting time with Weber. “She’s a smart girl, who I think is used to getting what she wants, and she didn’t get that time with Peter,” Harrison said. “You’re not in a closet. It’s in a room, and sometimes it takes hours. It depends on what’s going on at the time. … I think Kelley was frustrated at the time, and that’s how she articulated that.”

And there’s no hard feelings between them over the confusion. “So, everybody, it’s OK. Kelly was not locked in a closet, she’s safe and she’s good, and she apologized and I laughed it off,” he said. “I was like, ‘I get it, I knew what you were trying to say.'”

Harrison has kept in touch with Flanagan and Weber, who are quarantining together in her Chicago apartment with “Bachelorette” alum Dustin Kendrick, since the season ended last month. After weeks of dating rumors, Weber said earlier this week that they are not dating at the moment, but he would be “very happy” if they were to in the future.

“Peter seems happy, he seems good. I’ve talked to Peter back and forth quite a bit during quarantine, just checking on him, seeing how he’s doing, and he’s good,” Harrison said. “Obviously he got drug through it and beat up [after the ‘Bachelor’ finale], so did [his mom] Barb, so did the whole family — but they’re doing good. So, if they’re good, then let’s move on and give Peter and Kelley a chance, if that’s what they want.”