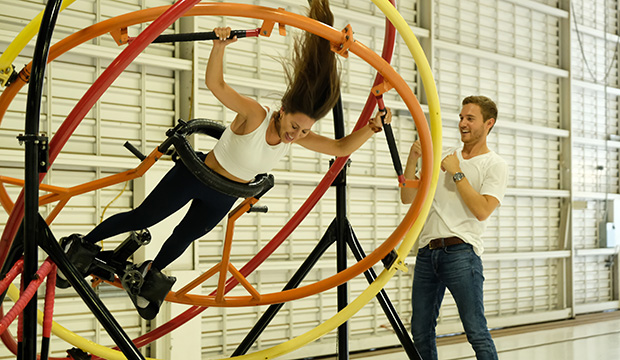 Whether you like her or loathe her, Chicago attorney Kelley Flanagan, 27, has been a major twinkle in Peter Weber’s eye on “The Bachelor” so far this season. Sensitive without being snide, she has somehow managed to escape a huge onslaught of negativity for the very thing keeping her in front of the pack: an unfair advantage.

In the juicy season premiere, Kelley revealed she had randomly met Peter long before filming; she was in town for a wedding and he was attending his high school reunion. She obviously knew going into production that she would be a step ahead of her competitors and she’s definitely on the rise because of it. At the first group date, consisting of a flying training exercise and a fun obstacle course, Kelley wrongly barreled through the final phase opposite Tammy. Unsurprisingly, Tammy quickly called her out on her cheating, but Peter still declared Kelley the winner, taking her on a special airplane ride around the city that further cemented their strong bond.

SEE ‘The Bachelor’ Week 3 recap: Hannah Ann and Victoria P. at the top after Pageant-gate, but who’s at the bottom?

That evening, at the Four Seasons Hotel in Westlake Village, California, the very place Kelley and Peter met for the first time, Tammy continued to press the fact that Kelley had cheated. But instead of making a bigger scene, Kelley shrugged it off, a savvy move suggesting her awareness to avoid drama. However, Peter gave her the group date rose, placing a huge target on her back.

A contestant meeting the next Bachelor or Bachelorette prior to filming is not new. In recent seasons, some have appeared on “After the Final Rose” for brief meet-cutes. But fully establishing a connection with a Bachelor or Bachelorette prior to filming is completely different. Peter even admitted to the ladies that his initial “spark” with Kelley occurred at the Four Seasons, fanning the flames while drawing shock and a few tears, particularly from the emotional Shiann.

Because of their pre-existing relationship, it doesn’t feel like Kelley will be leaving any time soon. So, is Kelley’s unfair advantage good or bad? Does she deserve greater scrutiny for already being on Peter’s radar or should she simply embrace the perks?