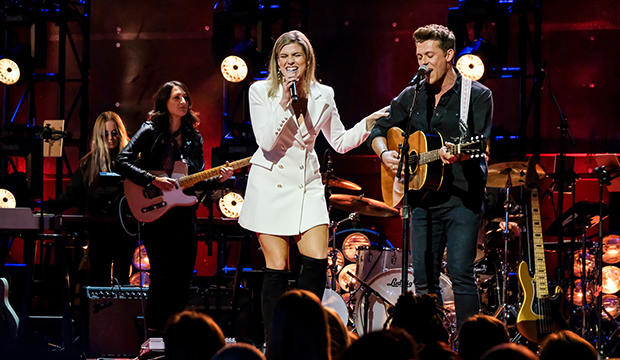 Not that there’s been a lot, but Monday’s episode of “The Bachelor Presents: Listen to Your Heart” was by far the most dramatic one yet, as Julia Rae and Brandon Mills‘ incessant flirting and lack of commitment torpedoed two couples after they dumped their partners, Sheridan Reed and Savannah McKinley, respectively, to be with each other only to get eliminated. A big fat yikes all around. And Julia knows it.

“I am cringing with America,” she told “Entertainment Tonight.” “I lead with my emotions and that doesn’t always serve you well. I am an open book and I just blurt it out when I’m thinking it.”

As Chris Harrison warned us all, the Julia and Brandon drama was wild in Monday’s episode. After a couple swap paired them on a date together, Julia decided to end things with Sheridan, who’d been nothing but hopelessly devoted to her, and in a classic Julia move, twisted it and acted chagrined when he was upset. Ever the player who likes to keep his options open, Brandon, whose spell over the ladies is still a mystery to us, didn’t quite dump Savannah, telling her he has feelings for Julia but is choosing Savannah, as he always had. But Savannah was tired of his B.S., so she walked, forcing the star-crossed Brandon and Julia to be together as she had always wanted.

Natascha Bessez added another wrinkle when she told Julia that Brandon had told her that he still prefers Savannah, which Julia, in another classic Julia move, took as Natascha trying to sabotage her (why though?) before their performance. Regardless, their duet of Pat Benatar‘s “We Belong Together” was a total flop — you knew it would be bad the second Brandon dismissed it as “not my jam at all” (again, why does everyone like him?!) — and they got axed, after which Julia said she regretted choosing Brandon over Sheridan. And she still does.

According to Julia, she and Sheridan were in “constant contact” after production, but he’s been ghosting her (rightfully, tbh) since the show started airing and he’s seen her pining for Brandon. “I think he’s understandably hurt. We lived this experience. I think it’s one thing to live it and then watch it over again for all of us. And I think he’s rightfully hurt,” Julia acknowledged. “I apologized to him and I said, ‘I understand why you would like some space right now.’ And I owned up to the fact that I made some major mistakes in the way that I handled these situations.”

The singer doesn’t believe she “used” Sheridan in the same way Brandon treated her — “Brandon was demeaning, condescending” — and claims Sheridan is the type of guy she’s looking for. “He had the one quality that I’ve looked for in a man, which is someone who knows who they are. I find that so attractive,” she said. “I’ve always said I want someone who reminds me of my father as far as the kind of heart they have, and Sheridan definitely does.”

Julia has also apologized to Savannah, whom she accused of being “disingenuous” with her feelings for Brandon. “I totally misdirected my anger at Brandon towards Savannah. I totally regret that and I called her right after filming was done and I apologized, because I knew even then that it was wrong,” she revealed. “I think I also fell into the trap that many women are familiar with…  when you have a guy in front of you that is playing you … I was trying to chase something to fulfill something in me and that went awry.”

Since her, uh, questionable actions have aired, Julia has been dealing with fan backlash, even receiving some death threats, which have reduced her to tears most days.

“This has been the first day that I have not cried every hour. It is hard for me enough to watch it back and then to get the amount of hate I am getting,” she said. “I can understand people laughing and questioning my decisions, but what I don’t understand are people telling me to jump off a bridge or I deserve sh– on me. No one deserves that, especially people who made mistakes on a reality show when they were under a high pressure, stressful situation.”