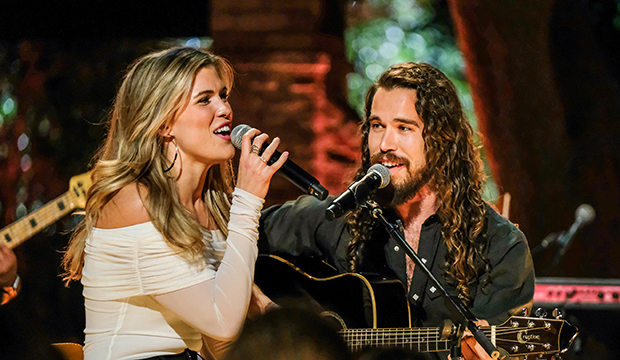 Julia Rae has been hopeful that Sheridan Reed will give her another chance after she apologized for dumping in for her crush Brandon Mills on last week’s “The Bachelor Presents: Listen to Your Heart.” Unfortunately, that’s not going to happen.

“For me, it’s a no,” Sheridan told “Entertainment Tonight.” “I cannot see it happening. … I think relationships are built on trust and communication. … Trust, to an extent, has been broken.”

Sheridan was head over heels for Julia, but she also had her eyes on Brandon, who was attached to Savannah McKinley. After a successful couple date swap last week, Julia broke things off with Sheridan, while Brandon watched Savannah walk away after telling her he has feelings for Julia but would stick with Savannah. Julia and Brandon were eliminated after a tepid performance, and Julia immediately regretted casting Sheridan aside. She has since revealed that she and Sheridan were in contact after the show, but he stopped talking to her after the first two episodes aired. “I understand why he probably doesn’t want to talk to me right now,” she said. “I can totally get that but I’m hopeful for sure.”

“Watching the breakup was definitely hard. That entire situation made it feel like, again, second choice a little bit,” Sheridan shared. “I’m not going to be somebody’s second choice. Which, since the show she’s tried to tell me which I’m like, ‘No, obviously I was in this situation.'”

The Austin-based musician added that if he were to consider reconciling with Julia, it would mean “being OK being second choice, and I’m not going to do that to myself.”

Sheridan cites two moments during the season that have made his decision clear. “In Episode 2, in the interview where Julia talks about essentially about wanting Brandon’s rose or leaning towards him essentially, that was very much news to me,” he said. “[And] after our performance where she said she was still wondering how Brandon was feeling; that stung especially, because that was at the peak of how well we were doing. At that point she was still thinking about somebody else, that’s clear.”

Sheridan acknowledged that Julia — who has said she doesn’t think she “used” him the way Brandon used her — seemed “genuinely conflicted” with her feelings, but while they were filming the show, that was not evident. “It was a crazy situation and there was a lot too, that the audience didn’t get to see that happened,” he explained. “As far as her keeping me on the back burner, in hindsight, yeah, it might look like that a bit. In the moment, it didn’t quite feel that way. It did feel like she was being honest with me and I know the situation wasn’t easy for her.”

After Julia endured backlash for her choices, Sheridan, who’s also received an apology from Brandon, reached out to her last week. “Just to let her know that I was going to be addressing a lot of the bullying that she’s [been dealing with] and death threats and stuff,” he revealed. “That’s a bit too much. It’s not OK and I even posted about it in my Instagram earlier this week. I appreciate the support, but I don’t want it at the expense of somebody else.”