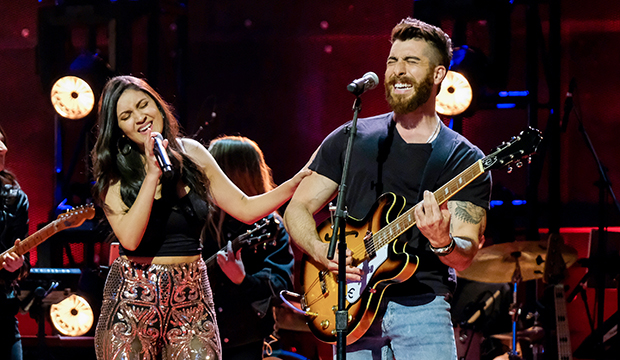 “The Bachelor Presents: Listen to Your Heart” is only six episodes long, but it probably could’ve been longer if four people haven’t voluntarily left already. And now could there be another pair heading out the door?

The preview for the fifth episode showed that all’s not well with Rudi and Matt. And new sneak peek, via “People,” implies that they are AWOL. “Where’s Rudi and Matt?” someone asks (watch below).

It’s unclear what has rocked their relationship — or as ABC dubs it, a “Rudi-awakening” — but an exasperated Matt tells Rudi that “this whole thing has been an emotional roller coaster.”

“If he doesn’t see potential with me, I’m wasting my time,” a teary Rudi says.

Whatever happens, they probably work out their issues and do not self-eliminate, seeing that ABC has released photos of them performing on stage in a far more jovial mood. And honestly, not sure we can take another pair walking again. They’re dropping like flies. 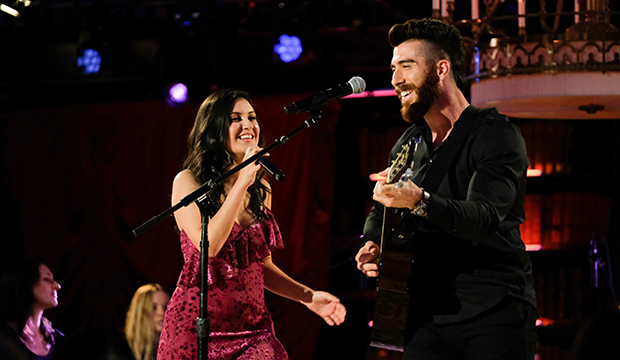 The penultimate episode will take the remaining four couples — Bri and Chris, Jamie and Trevor, and Natascha and Ryan being the others, to Las Vegas for the semifinals. Bri and Chris are falling hard for each other, while Jamie is falling in love with Trevor, but not exactly vice versa. Or maybe he is, but he’s not hasty enough to tell her that after, like, two dates and three performances on national TV. “I take that word more seriously and sacred than any other word,” he tells a disappointed Jamie. Awkward.