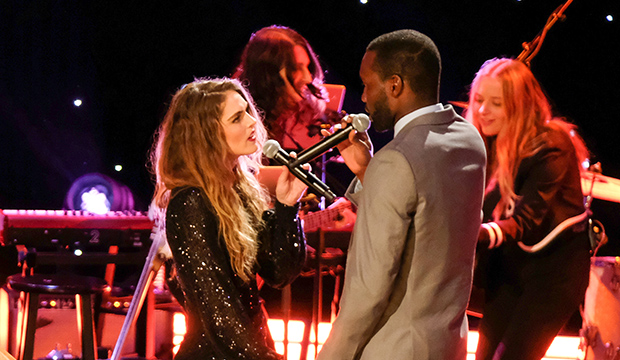 “The Bachelor Presents: Listen to Your Heart” winners Chris Watson and Bri Stauss are still together and have already dropped an album, but like any Bachelor Nation series, not every couple found a happy ending on the show.

The musical spin-off boasted a cast of 23 singing singles, but almost half of them were gone after the first two weeks of “Bachelor in Paradise”-esque mingling and eliminating. And then we lost another duo, Gabe Baker and Ruby Jane Smith (remember them?), because he was pining for the taken Savannah McKinley.

Seven couples were formed (some had been attached at the hip from the beginning) — Chris and Bri, Jamie Gabrielle and Trevor Holmes, Rudi Gutierrez and Matt Ranaudo, Natascha Bessez and Ryan Neal, Julia Rae and Sheridan Reed, Brandon Mills and Savannah, and Bekah Purifoy and Danny Padilla — for the weekly judged performances, aka when the real show began. But few could’ve foreseen the drama that would follow, including four people voluntarily leaving, two of whom wasn’t even a couple. (That fourth episode is truly up there with some of “The Bachelor’s” wildest, most surreal moments.)

SEE ‘Listen to Your Heart’ champs Bri and Chris recorded an entire album in quarantine, and you can listen to it now!

But once the cameras stopped rolling in February, these guys could give it another go in the real world (or try as best they could in a COVID-19 world). Some have. Some haven’t (you can probably guess who).

So who, besides our lovey-dovey champs, are still together? Who’s (probably) never ever getting back together? And who’s just a big ol’ shrug right now? Find out in our gallery above.