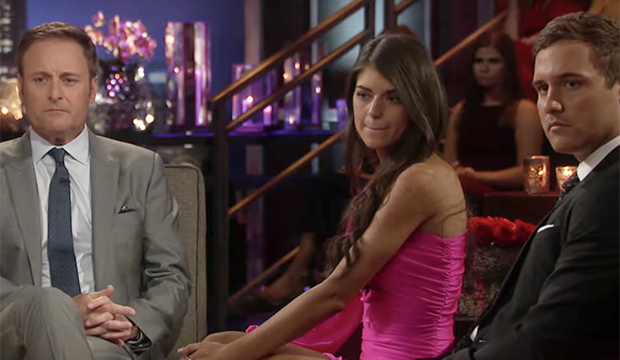 Peter Weber “finally got it right” with Kelley Flanagan, but his “Bachelor” runner-up-turned-girlfriend-turned-ex Madison Prewett has no interest in finding love again at the moment.

“After I go through something big in life — like a breakup, a transition, a move, a change, anything like that — I really try and take time to make sure my heart is in the best place,” Prewett told “Elite Daily.” “That my heart, mind, and body are all healthy. I take time to really get back to the best version of myself and make sure I’m in a great place. So honestly, I really haven’t even considered dates or anything like that.”

Of course, this is not exactly the optimal time to be dating anyway with quarantine and social distancing in place, but she’s not into virtual meetups or swiping right either. “Anybody who’s asked, I’ve just been like, ‘Look, I’m just focusing on myself right now,'” she said.

Since her breakup with Weber — which occurred two days after “The Bachelor” finale, during which his mom Barb told them they wouldn’t last (I mean, she was right) — the 24-year-old has been linked to “Bachelorette” alum Connor Saeli, who had implied in March that they might be dating. Prewett swiftly shut down the rumors during an Instagram Live.

“He seems like a really sweet guy and he reached out right after the finale and just sent some encouragement and some support, really sweet, but that is it,” she said. “We are not together. I am not with anyone right now. I am just focusing on myself and taking it one day at a time.”

At that time, Weber and Flanagan, who finished in fifth place, had reconnected and were quarantining in her hometown of Chicago. Prewett said she and Weber do not speak, but she wishes him “all the best.” Things have since gotten a tad more tense, after Prewett claimed that the pilot had been texting her about reconciling days before he was photographed with Flanagan. Weber responded in an comment on a “Bachelor” Instagram fan account: “you’d think you’d have a little more respect for this situation given we both know there’s more to the story.”